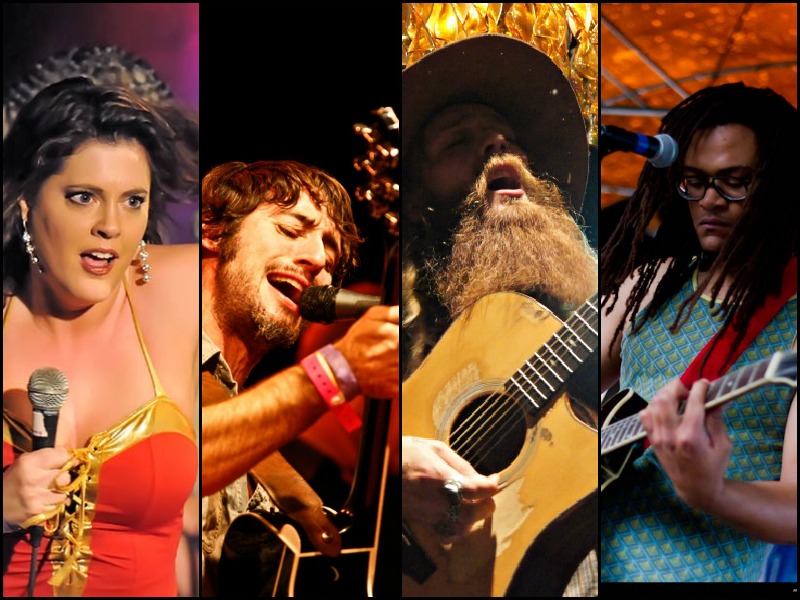 Congratulations! You’ve survived “the end of the world.” Now it’s time to get back to business, and plan your New Year’s Eve party route. Here are some spots you can hit up to ring in the new year (and celebrate your survival). There’s really something for everyone, so be sure to look through the genres to see what tickles your fancy (and click on bands in bold to see our past coverage).

Get ready for a real hootenanny at the Bottleneck! Mountain Sprout has a history of opening for some big names (including Willie Nelson) and packing the place.

Ashes To Immortality have lately been making a pretty good name for themselves in Lawrence, and it’s hard not to get up and do a little jig at their shows.

Local favorite Tyler Gregory and his majestic beard will be opening up the night with heartfelt tunes and briefcase beats.

Itching to celebrate on New Year’s Eve, but annoyed by late night parties? Then you’re in luck! The Crumpletons, a band specializing in 60’s-era music, are playing an early show at the Jazzhaus.

Come for the expertise oozing out of these music veterans, stay for the Rolling Stones, Beatles, and Jefferson Airplane covers.


For the indie lovers:

Jesus Tapdancing Christ, what a hell of a lineup! Indie lovers (and local music lovers) are foaming at the mouth over this show, and will find themselves packed into the beautifully renovated Granada for a night of polished indie rock and exceptional local talent.

The folks in Murder By Death hail from Indiana, but find themselves in Lawrence quite often. So it’s no wonder they’re wanting to welcome 2013 with us. The equal parts rock and alt country is enhanced by the unique range of instruments you’ll see onstage. Come for the cello, stay for the accordion. Who knows, maybe we’ll even see a theremin onstage!

Cowboy Indian Bear are on the verge of releasing their highly anticipated album (stay tuned!), so you can bet they’ll be bringing loads of polished new songs. Lawrence LOVES this band, and has faithfully been packing all of their recent events. It will be nice to see them on a bigger stage on the 31st, and they’ll no doubt be at the top of their game, as bands usually are when they’re about to drop an epic album.

Y(our) Fri(end) is the newest darling of the local music scene, and comes to us from Taryn Blake Miller. She quickly gained notoriety in the scene for her unconventional use of vocal effects and heartbreaking lyrics. If you have not seen her yet, this show is not to be missed. The soloist is currently laying down some tracks in the studio, and experimenting with a full band.


For the party people / lovers of hip hop:

If there’s anybody who truly, genuinely loves a party, it’s Approach. The Lawrence King of hip hop has been moving the masses for years, and is known especially for his epic New Year’s Eve throwdowns. The music master is likely to bring clever collaborations to the stage, and even those in the sourest of moods will have their frowns turned upside-down by the end of the night.

Cloud Dog are Lawrence’s latest party procurers and are famous for leading their audiences into a massive, trippy, droney trance. Come for the endless drums, stay for the shirtless skills.

Radkey is a trio of brothers who have been wowing audiences with their young talent and jaw-dropping skills. The rockers will blow you away with their punk, and it’s best to see them now at your friendly neighborhood venue before they really take off and skyrocket to fame.

Because Lawrence has more garage rock bands than you can shake a stick at, there are two events in this category (see below for the second one).

Pale Hearts will provide loads of theatrics and rock, while Stiff Middle Fingers may very well find their frontman scaling the walls.

Monsoon Lazer features a host of veterans from the rock scene, including the Gunnerson Brothers (of JabberJosh) and Aaron Pillar (of Appleseed Cast). Go to this show for a healthy dose of screaming, convulsing, and impeccable musicianship.

Well, it looks like The Gunnerson brothers will be quite the busy beavers on New Year’s Eve. After wrapping up their set at Frank’s (above), they’ll be ending the night with a loud and abrasive set at The Replay.


For the undecided (those just looking for costumes and fun):

The Majestic Rhythm Review – The Jazzhaus

If you are looking for costumes, fancy frocks, and a crowded stage, then these two shows are for you.

Sellout is known for donning costumes and getting folks hopping with their high-energy performance. The Majestic Rhythm Review takes the stage at the Jazzhaus (late show) with their wide range of musical capabilities. You’ll hear anything from jazz to funk with this excitable group.