On her own: Y(our) Fri(end) hones heartwarming harmonies

On her own: Y(our) Fri(end) hones heartwarming harmonies 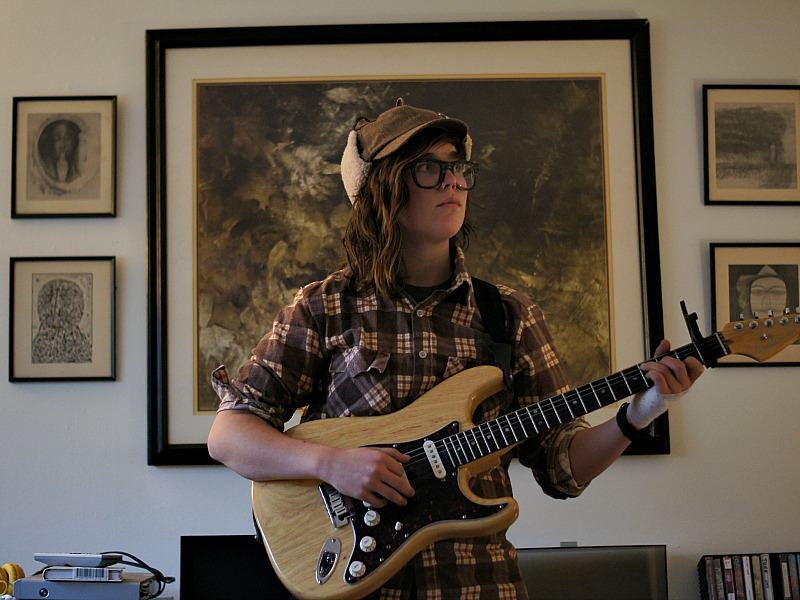 Facebook0Tweet0LinkedIn0Pin0
There’s a new musician in the Lawrence scene who is blowing away audiences with her vocal effects, and breaking hearts with her lyrics.

Taryn Blake Miller performs under the name Y(our) Fri(end), and you’ll often find her playing the dark corners of Lawrence, trotting around with the kids over on the Whatever Forever label. Most of the artists on that label are shining examples of the DIY generation, and Miller is no exception.

The soloist used to perform with various collectives, but she yearned for a different kind of creative process. “I found that it was hard to get a lot of people in the same room at the same time,” says Miller. “Everyone has their own lives… It was hard when I practiced with a lot of people. I would leave my amp over there, my instruments over there. I would have a great idea and then couldn’t get to it.”

Now, Miller remains snuggled into her Old West Lawrence condo, surrounded by an admirable collection of her beloved equipment. She eventually realized that her best ideas usually arrived in the darkness of night, and it wasn’t long before she put herself (and her emotional songs) out there for everyone to experience. To her delight, audiences loved her work and Whatever Forever came along to guide her in the right direction.

She soon found herself playing in some of Lawrence’s lesser-known, but well-respected, venues across Lawrence. Studio B in North Lawrence and SeedCo in the new East Lawrence Warehouse Arts District now feel like a second home to her. “I didn’t know about Studio B, I didn’t know about SeedCo. People should come out more often, brave the cold,” says Miller, who admits she wants to spread the word about these performance pads and the hives of musicians you’ll find there. “If it weren’t for those guys inviting me to play on these shows, I wouldn’t be exposed to these musicians. It’s a great atmosphere, a lot of really nice people waiting to be met.”

Miller’s material has been a year and a half in the making. Now, she’s looking to release her music by the winter. In between now and then, you can expect to see her playing and singing her heart out. “There’s nothing better than playing live music, to me,” she disclosed. “It’s something I’m finally proud of. I’ve been in a lot of music projects, where I was a part of it, and it was great, but this is something that is my own for once. It’s really personal, it’s honest to me… it’s hard to sing some stuff that I sing.”

Miller acknowledges that penning the intense lyrics have been somewhat therapeutic for her. “It’s a release. I’ve played so long, I’ve sat on a lot of material for a while. I need to keep doing this, because it’s good to actually play it to someone else.”

Miller can play it to you when you stop by SeedCo on Wednesday for CS Luxem’s tape release show. Luxem is another DIY superstar from the Whatever Forever family. You’ll want to get familiar with him here.

Below is a sample of what you’ll hear from Y(our) Fri(end).

Y(our) Fri(end) in Lawrence, KS from I Heart Local Music on Vimeo.