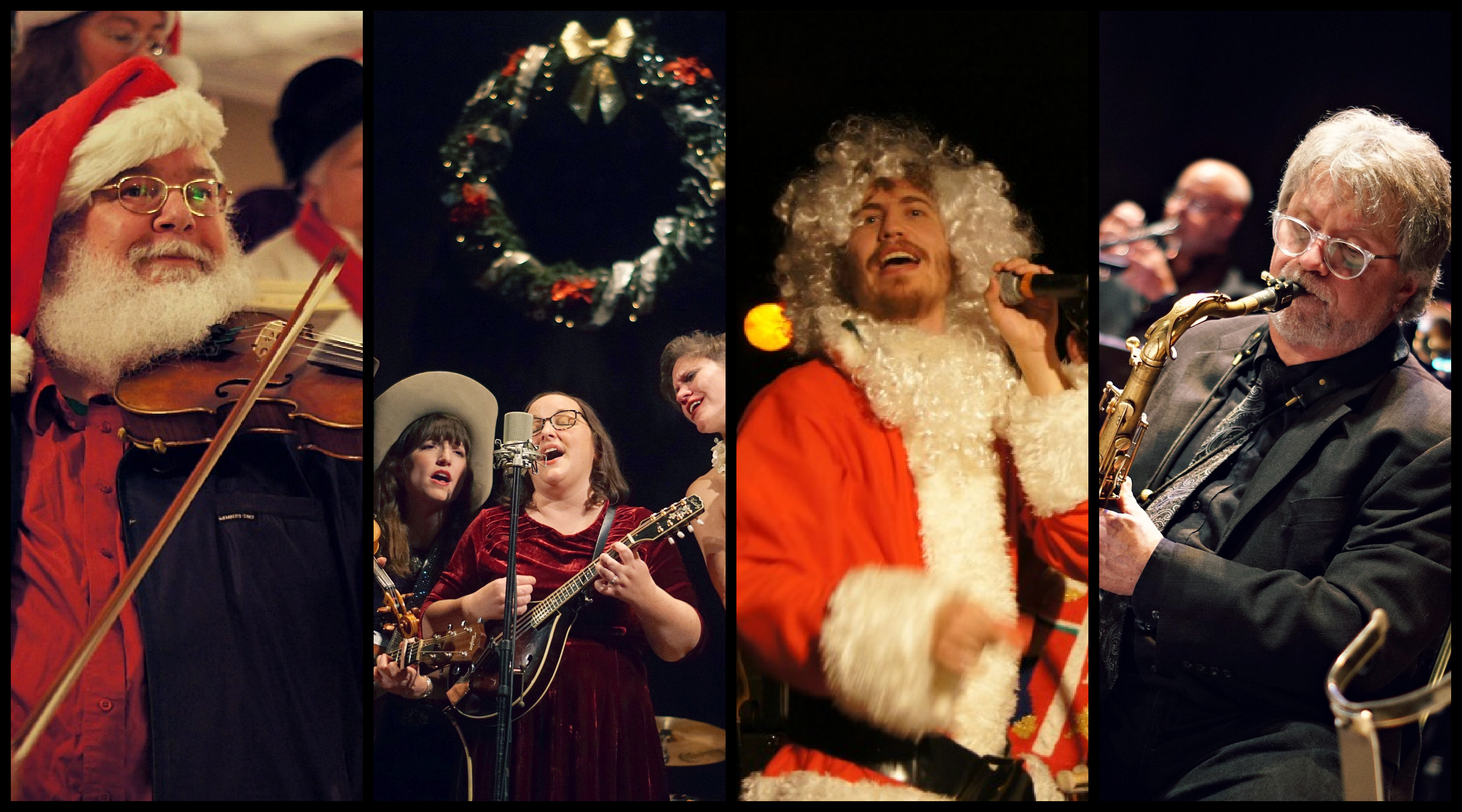 By now, you’re probably longing to be dazzled and delighted by all the magic the holiday season has to offer. A little party never hurt anybody, and Lawrence threw some of the best parties during the holiday season. It felt like the moment December started, our schedules were just packed. Now, with the deadly pandemic, Lawrence is keeping the holiday parties at bay while we sacrifice the hoopla for health. But that doesn’t mean we can’t reminisce. Much like Ebenezer Scrooge, looking back on the annual festivities Lawrence used to offer during the holiday season has given us the warm fuzzies… and we wanted to share that feeling with you. Here are, in our disparaged opinions, the Top 5 Best Holiday Parties Lawrence used to throw down.

It’s true, the holidays were getting a bit overwhelming at the end there. With Downtown Lawrence always remaining a shopping and fashionable hot spot, it seemed nearly impossible to get there to attend any event. Luckily, side neighborhoods provided plenty of space to breathe and take in the softer side of the holiday.

Serene Fiend began hosting Fiendstivus in 2018, setting up shop in East Lawrence’s Cider Gallery for a moody and stripped down affair. He traded the synths for acoustic instruments, and orchestrated a rag-tag group of musicians to cover anything from NIN to German industrial band Einstürzende Neubauten. It was classy! It was charming! It was…. Serene!

Fiendstivus continued in 2019, just weeks before the shutdown. Through the rest of the year, Serene Fiend has remained active behind the scenes. So there’s no doubt that he’s planning a big comeback once everyone’s vaccinated and ready to party again.

Nobody loves Christmas quite like Americana Music Academy, and nobody loves Americana Music Academy quite like Lawrencians. Every year, the cozy and heavily-adored music school finds a way to bring Christmas cheer to Downtown Lawrence. Sometimes, they’re going door-to-door, surprising diners at the Eldridge Hotel, appearing on local cable stations, or passing by restaurants.

One year, they held a full concert at the Lawrence Public Library’s auditorium. It was full of glee and good spirits, and featured a variety of instrumentation (and in true Lawrence fashion, it was free). Resident Santa lookalike Steve Mason, who you may recognize from Lawrence’s longest-running musical outfit The Alferd Packer Memorial String Band, is always on hand to help orchestrate the event.

Word is this year, they set up shop in front of the Watkins and performed (with masks, no singing, just fiddles) socially distanced from one another for just a short time. But if you’d like to join them for some virtual caroling, you can do that at this link on December 19.

Last year was possibly the first Holiday Hootenanny at Liberty Hall, and we sincerely hope it won’t be the last. Carswell & Hope arranged the night of festivities and fun, where some of the finest folk musicians in Lawrence gathered under a giant, dazzling wreath.

They were joined by Unfit Wives, who provided endless spunky bluegrass and a fun rendition of Alvin and the Chipmunks’ “Christmas Song.” Maria the Mexican opened the show, and though they didn’t bring any holiday songs, they did lead the crowd and a rousing chant of “F you Donald Trump!” which really put the spring back in everyone’s step.

The “Noise for Toys” event served as a fundraiser for Toys for Tots, and always featured a large raffle with plenty of prizes. We can’t remember any “Noise for Toys” show where it wasn’t packed, and fans enjoyed turning out for the rock lineups and general shenanigans that comes with holiday parties. There was plenty of silliness to go around, but the band felt fairly sentimental about the event and continued it for a short while even after moving away.

There is really no better place to ride out Christmas than Liberty Hall. Last year, just two weeks into the season, they hosted the Festival of Trees, then the above-mentioned Holiday Hootenanny, before rounding out with the most joyous event of them all… Kansas Public Radio’s Big Band Christmas.

It’s not, by any definition, a new event. The long-running party is definitely a favorite in Lawrence, giving folks of all ages an excuse to dress up (and we mean really dress up) and cut a rug. If you’ve ever longingly watched those old movies where folks are dressed to the nines in cocktail dresses and everyone knows how to waltz, this was the event for you. The glam! The glitz! The romance! It was never uncommon to see a couple in their 90’s dancing cheek-to-cheek. Le sigh, this was just the most wonderful place to be.

The jazz band filled up every square inch of that stage, blasting upbeat tunes in to the air while revelers danced against a background of poinsettias and twinkling lights. The event always sold out quickly (so remember that for next year), with so many people packing the venue that you couldn’t cut across without bumping butts with someone, despite the “designated” dance area. People danced anywhere they damn well pleased, the halls, the aisles, even in front of concessions!

With all the beautiful sequined dresses, silk blouses, and perfectly pressed suits, and the scent of perfume in the air, the affair felt like being transported to a different era. It was all just so glamorous— and in an age of “ugly Christmas sweaters” and Santa-themed bar hops, don’t you just miss a little holiday glamour? KPR’s Big Band Christmas just knows how to put on the Ol’ Razzle Dazzle, and that’s why they’re the one holiday party you can’t miss every year.

Honorable mentions go to the Jazzhaus’ Big Band Christmas, the City Band’s Holiday Concert, and the general fuckery that happened at Replay over the holiday season, including the time Stiff Middle Fingers’ frontman stripped down from his holiday garb to a mere speedo and then stormed the streets in the freezing cold.