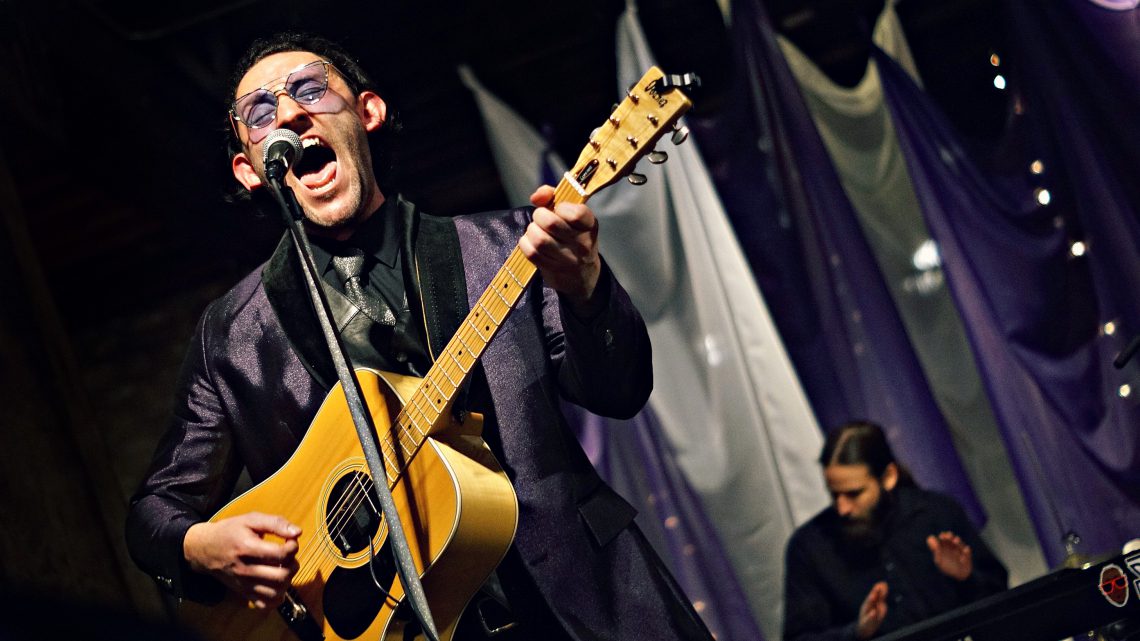 It was all class at the Cider Gallery when one of Lawrence’s loudest synth bands stripped down for an acoustic holiday show. Serene Fiend’s Joel Bonner gathered a group of musicians for what he dubbed “Fiendstivus,” a quiet and moody affair that traded electronic sounds for acoustic ones.

The whispering goth stayed true to his style, brandishing his signature colors in full force. Purple scarves delicately hung from the ceiling while he donned a sparkling purple suit. He opened the set quietly with a piano rendition of “Be Calm” before adding more musicians, including violinist Shannon O’Shea and pianist Austin Quick, for stronger renditions of songs off his EP. Bonner couldn’t get away without at least one NIN cover, and also gave his own acoustic rendition of a song from German industrial band Einstürzende Neubauten.

You can watch an acoustic rendition of “Just Won’t Go Away,” which I Heart Local Music named one of the top tracks of the year in a recent KKFI 90.1 FM appearance. Bonus clip of barn-burner “Ephemeral Sound” after the gallery.

Next post Merry Christmas, from I Heart Local Music