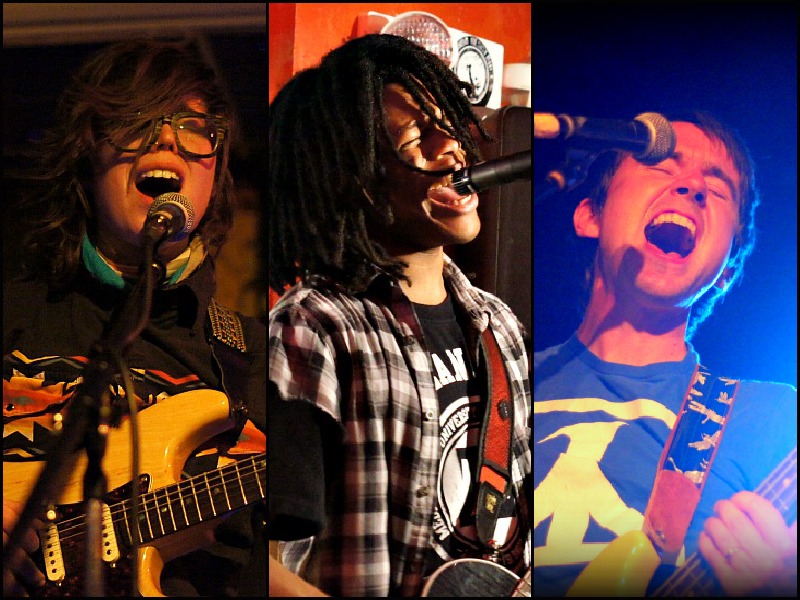 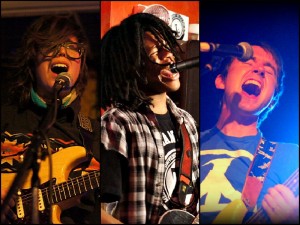 The SXSW music festival is a big deal for up and coming musicians. The week-long Austin-based extravaganza has become sort of a rite of passage for bands, and at some point everyone makes the trek to Texas. 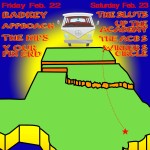 The festival helps put many musicians on the map, but can be a fairly expensive endeavor. So I Heart Local Music is throwing a benefit show to help bands (and press) get to Austin. Since we like to go big, this will be a two-day show featuring eight bands (all for a mere $5). Head down to the Jackpot on February 22nd and 23rd to see some of the best local rock, hip hop, and pop in the area.

Here’s the lineup (and you can RSVP to the event on Facebook here):

Radkey is a trio of brothers perfecting the art of rock and punk. They’ve been gaining attention across the nation, and are set to perform as an official band at this year’s SXSW music festival. They’re known for their enthusiastic live shows, which include a few acrobatics and physical stunts from the rockers.

Approach (see: Sultan of Lawrence Hip Hop) throws down like no other in this town. He’s the ultimate party host, and can hook you with his irresistibly catchy lyrics. He’s known for clever collaborations and turning frowns upside down.

The Hips may be Lawrence’s naughtiest songwriters. Sure, their tunes are smooth and easy going indie ballads, but if you listen closely you’ll hear all sorts of sexual innuendos. Be careful, you may just need a shower by the end of their set.

Y[our] Fri[end] comes to us from Taryn Blake Miller, Lawrence’s latest busy beaver and the scene’s newest indie darling. She’s currently working on her first highly-anticipated album, and is sure to leave audiences speechless with her heartbreaking lyrics and head-turing vocal effects.

The Sluts pack a punch with just two musicians in the band. Unique vocals, vicious guitar riffs, and an enthusiastic drummer have been enough to keep these guys a favorite in the scene. It’s hard not to move at their shows, and audiences will take to their supreme down-to-earth rock and roll.

If you treasure your hearing, you can kiss it goodbye after watching Up The Academy. Easily one of Lawrence’s top garage rock bands, the Replay Records trio tends to play at 100%. They’ll turn it up to eleven, rock your body, and make a fan out of anyone.

Kansas City’s The ACBs wil once again be heading down to SXSW. They’re on the verge of releasing another album, which is leaving their fans anxious and eager since their last release, Stona Rosa, was such a perfect pop hit. Their songs are feel-good ballads, and the boys in the band have easy-going onstage personalities to match.

We’ve often referred to The Winner’s Circle as one of the most underrated hip hop acts in the area. Come to the Jackpot for SXSW fest to see what the fuss is all about. You’ll notice a sassy performance and a hefty dose of Kansas pride from these rappers.

I Heart Local Music would like to thank Jimmy John’s, Mass Street Music, KJHK 90.7 FM, and Blue Collar Press, and the Jackpot for making this event possible.