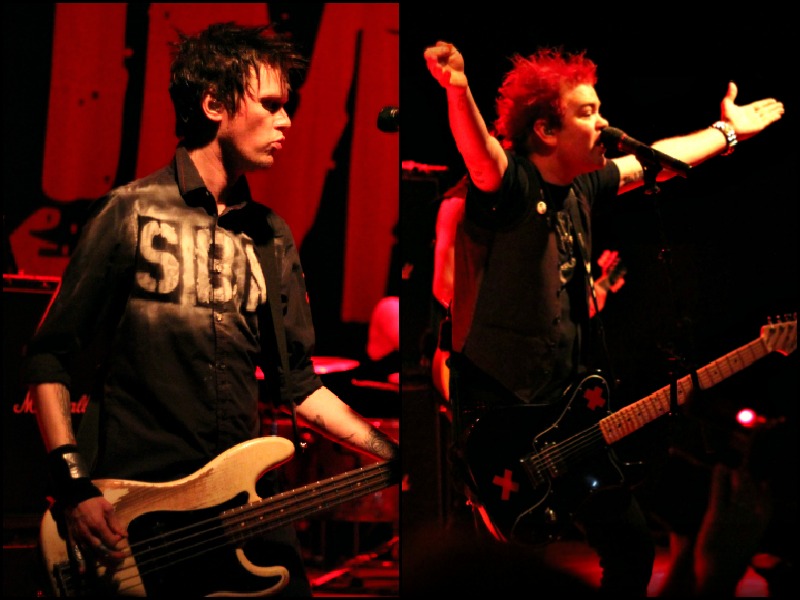 The year is 2002. I’m an 8th grader at Burlington Middle School. My life at this point basically consists of two things: skateboarding and video games. It couldn’t get more carefree. I remember seeing it on the computer in my house, where the internet was a brand new thing to me. A new Sum 41 album is out called “Does This Look Infected” and I had to hear it. Unfortunately, the CD wouldn’t be available within 100 miles of my hometown and I didn’t have a job or a car. I was 14 years old and clearly had one option. I pirated the songs I managed to find on Kazaa or Morpheus or some other awful music downloading software. Add that to the list of “how times have changed since I was in 8th grade”

Fast-forward 10 years. Monday night, Sum 41 took the stage at the Granada on a tour marking the 10th anniversary of the aforementioned album. As I listened to the songs that had once brought me so much joy, there was no fighting it. Like a knife, they cut the ropes holding me down. I didn’t think about my job, my rent, my unpaid electric bill… I was carefree again. So naturally, into the pit I went. The set list was a mixture of old and new hits but also thrown in were some interesting cover songs (Queen’s “We Will Rock You” and “Sabotage” by Beastie Boys). People were going nuts. I lost count of how many crowd surfers landed on my head and how many times I was pinned between people in the crowd to the point that I was momentarily immobilized. At the end of it all, I walked away bruised, battered and smiling. There’s nothing quite like a healthy dose of nostalgia.