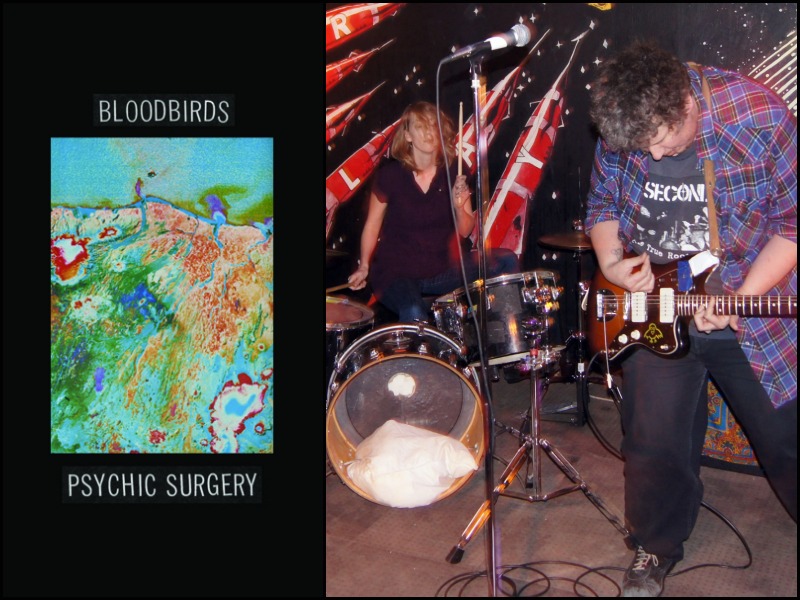 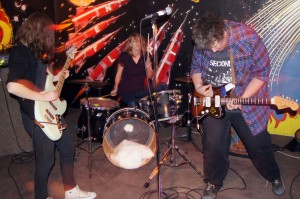 I’ve been fortunate enough to see Bloodbirds play live a handful of times, and the intensity they bring to the stage is tough to match. The trio makes a lot of noise and they have an attitude that fits their psychedelic-garage rock.

Psychic Surgery is a terrific record for a lot of reasons, but what gets me the most is the pacing and a tone that says, “Better catch up or we’ll leave you behind.” From the opening feedback on “Divorce Sea,” you had better prepare yourself for a hell of a ride. Throughout the 11 tracks, Bloodbirds seem to want to push every instrument to its limits. And as a listener, if you aren’t ready, that’s too damn bad. 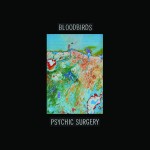 Mike Tuley makes his guitar screech and squeal while Brooke Tuley’s drumming and Anna St. Louis on the bass push the songs faster and faster, making you feel like they will jump right out of your speakers and tear your soul in two. That’s how intense this album is. Mike belts out the lyrics with a haunting howl; his vocals match the gritty lead guitar. Brooke’s drumming sounds like a motorcycle engine revving up, driving forward into oblivion. And Anna’s sludgy bass guitar gives the songs a buzz you can feel crawl up your spine. Bloodbirds’ strengths are easy to hear on this fuzzy full length. Every track on Psychic Surgery seems to outdo the previous one. The incredible “Estimation Is An Important Skill” gets you bobbing your head back and forth before launching an all-out assault; right before you think the anticipation can’t build anymore, the trio surprises you with a smooth harmony. Then back into attack mode. This rhythm is impressive, especially with the majority of the tracks hovering around 4-5 minutes in length. They never get exhausting, because you want to keep up with them.

The two songs that buck the trend and stand out, because of how much they differ from the aggressive sounds are “Patterned Sky” and “Rings.” The former is a mellow, ambient song with sparse, beautiful vocals accompanied with a crashing, gritty “thump” that shocks the system. At halfway through the LP, it gives you a chance to catch your breath and gear up for what’s next. “Rings” is truly a mystery in the best way. The song is a great pop tune that demands to be heard. It sticks out on Psychic Surgery seemingly because it has a “stormy day at the beach” attitude and the “ooohs” give it a surf-rock vibe. That isn’t to say it’s the only catchy track on the record (“Radiation” has a fun bass line and a mean, jangly guitar that gets you dancing), but “Rings” sticks out because it makes you grin. Following it with the eight minute thrill ride that is “Evening Road” is a brilliant choice; it’s an experimental, heavy hitting opus that has it all.

Bloodbirds have truly made a record that will kick your ass. From the chanting on “Sister” with its slow crawl to the top, to the grunge inspired title track, to the final “hold on for dear life” song that is “Time Battle,” the trio dare you to tag along with them. Try and keep up.

Next post Grizzly Bear, The Joy Formidable, Deerhoof, more to headline 2013 Middle of the Map Fest