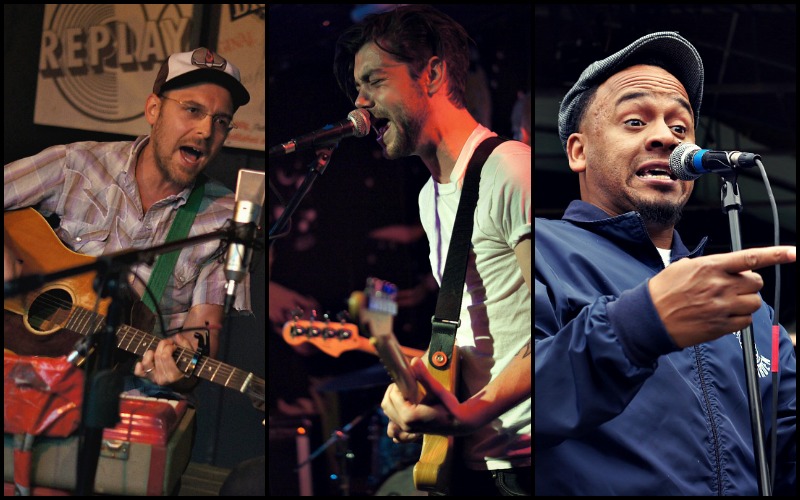 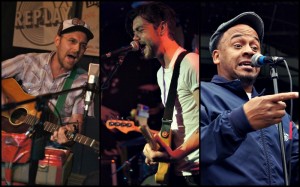 Much like the weather in Kansas, this year’s Spring Into Summer festival was pretty unpredictable. With temperatures unusually cold for this time of year, the Replay fired up the fire pit and invited everyone down to their annual music shindig.

The festival very wisely chose Approach to give the evening a good jump start. Hot off of the release of his latest music video, Approach brought life to the small venue on Saturday.

Oils is probably the most unpredictable band in Lawrence. A little over a week ago, they performed at Love Garden’s 24th Anniversary Party as a six-piece. On Saturday, they were two. They would eventually make an additional appearance later in the night (stay tuned).

With hardly any sunlight remaining, Drakkar Sauna closed the outdoor portion of the event. By this point, the crowd had loosened up enough to shimmy and dance (just a little bit) to their songs.

Once everyone shuffled inside, Gnarly Davidson gave the show a good ass-kicking with their special brand of “beer rock.” Really, the band only plays three songs. But they’re so long, drawn-out, and gruff that they stretch out to a half-hour set (one that the audience happily gobbled up).

Psychic Heat took the audience for yet another unexpected turn int he night when their band grew from four to six members. With their drummer on vacation, they called upon Oils for help. Both members of Oils set up two complete drum sets, and Your Friend’s Taryn Blake Miller joined on keys. This hardly left any room onstage, and one of the guitarists would occasionally throw himself into the audience and play from there. There was barely enough room for their pedal boards, yet the band still made their performance an exciting and lively affair.

The Conquerors have been easily winning over Lawrence music lovers for a while now. Their psych-heavy rock is easily digestible, layering intricate percussion with distorted vocals and impressive guitar-work. The fans were so thrilled to have The Conquerors in town, they demanded an encore (and the band happily obliged). 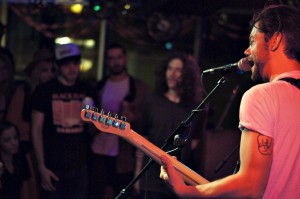 The Lawrence rock scene may as well have collectively breathed a sigh of relief when Mouthbreathers reunited earlier this year. The band is well-loved and looked at as one of the leaders of garage rock in this area. If Spring Into Summer were a homecoming dance, Mouthbreathers would easily be elected King. Their songs are catchy, memorable, and thrill you from your head to your groin.

The band members ooze coolness and are likable, but still rebellious enough that you can’t bring them home to Mother. Think of them as the James Dean of this high school dance. Although the night was completely unpredictable, Mouthbreathers proved themselves pretty dependable in the sense that you will never, ever, dislike their sets.