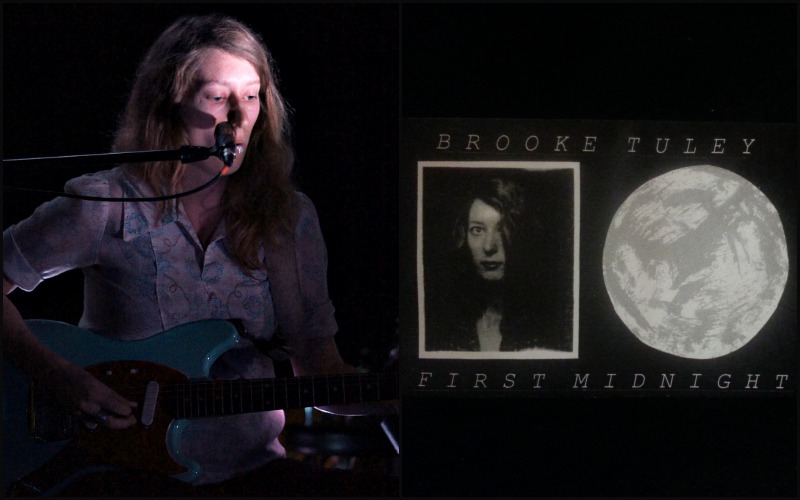 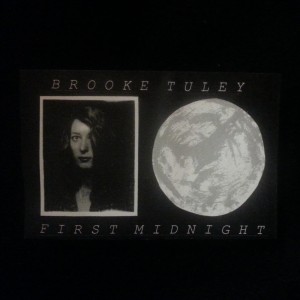 The industrial hum that opens on Brooke Tuley’s First Midnight sets the tone for the first half of the record. Through the five tracks, Tuley trades the battering drums of her band Bloodbirds for a minimalist sound and spooky vocals.

Opener “Waves” low key buzz surges with her vocals. The side A songs thrive on sparse guitar, leading to the folk tinged (and ode to the plague) “Black Death Speaks” and a shift for the record. Tuley’s vocals have a healthy twang, carrying over to the bluesy rock ’n’ roll on “Old Believers” and “Moonless Night.” The guitars start chugging and get gritty quick. 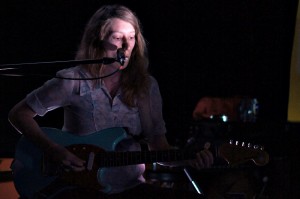 But Tuley isn’t done with her zig-zag sound; she splits the second half of the record again with the haunting pop of tracks “The Living” (with its jangly guitar) and “Apostle’s Fossils.” The melancholic “She’s Gone” sits between the two, reminiscent of the first half of First Midnight. Not only has Tuley created a record glaringly different from her work with trio Bloodbirds, but to pick out only one song to describe First Midnight would be doing a major injustice. She jumps from one genre to the next, but throughout carries a cold, creeping image, much like the rising moon.