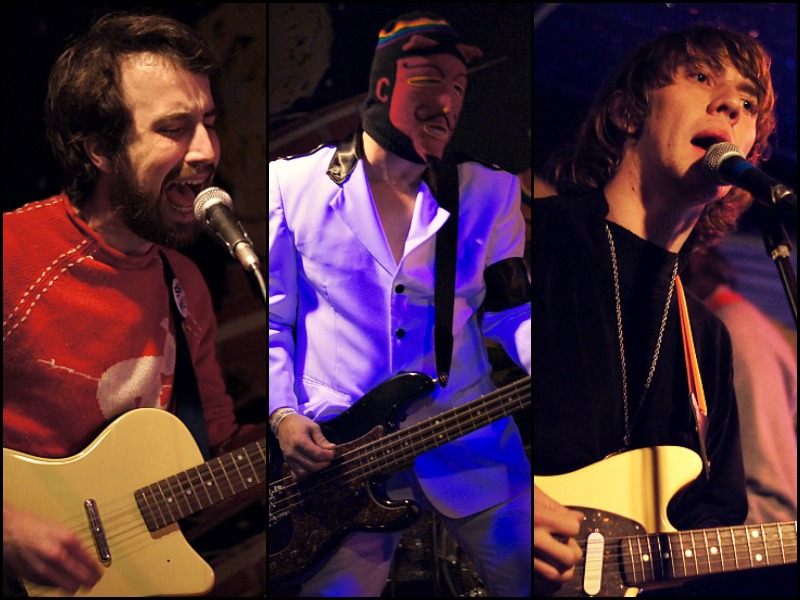 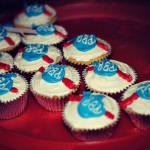 Congratulations, Replay. Your entertaining, memorable, and shameless good times have officially lasted two decades. What better way to celebrate than with a show just as imprudent as you are.

The popular dive bar threw a party boasting lively bands, games, delicious food, and even some PBR cupcakes (yes, they were really made with PBR). The heavy lineup meant the show started early, a feat rarely seen at the venue famously known for fashionably late start times. But even at 7:00 p.m., a crowd had filled the dance floor to watch Paper Buffalo kick off the night. It’s interesting to note that the lineup did not discriminate. You had bands who were fairly new to the scene (Paper Buffalo), bands with longevity (Drop A Grand), and everything in between. 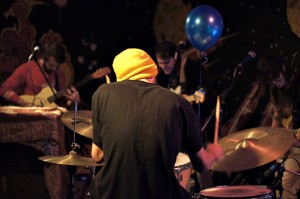 As always, CS Luxem was a real treat to watch. The man is constantly reinventing his sound thanks to the collaboration between his bandmates/close friends. The group of musicians that joins CS Luxem onstage are the same musicians in Oils (who performed right after Luxem). Andrew Frederick, Mark Osman, and Taryn Blake Miller are never too far from Luxem. The musicians are constantly in a state of creation, thanks to the creative juices rolling over at SeedCo in the East Lawrence Arts District. Thus, whenever these four get together onstage, you get to see some serious magic.

After Oils’ set, we started noticing a hilarious trend in the crowd flowing in. Because this was the weekend before Halloween, most of the costume parties around town were happening this night. So by the time Knife Fight took the stage, the Halloween party leftovers started rolling in. We saw zombies, superheroes, and even a giant jellyfish. 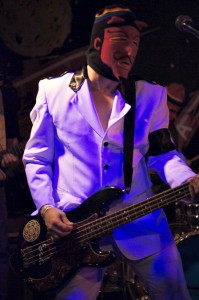 But the most entertaining costumes belonged to those in Drop A Grand. The band is known for its theatrics, and Saturday night’s show was no exception. They appeared in colorful, yet slightly uneasy masks and white suits (although some opted to leave the buttons on their shirts wide open). They were a delightful nightmare onstage. Although the getups were entertaining, Drop A Grand hardly needed them. Their performance and music were thrilling, full of vocal and guitar effects, and stimulated the entire crowd into a frenzy.

That energy held through the Conquerors’ set thanks to their rich, full, and mind-encompassing psychedelic rock. The band boasted two percussionists and a heart-racing performance. By the time the Hips closed out the night, the Replay had swelled with good time procurers (a staple on Saturdays at the venue), the trays of celebratory cupcakes were emptying out, and high fives and selfies could be seen across the dance floor.

The Replay’s past two decades may have been full of some wildly outrageous shows, but you can’t deny the spot it holds in the hearts of Lawrencians. After 20 years, you’re looking good, Replay. Don’t ever change.

Witch Jail debuts at the Replay