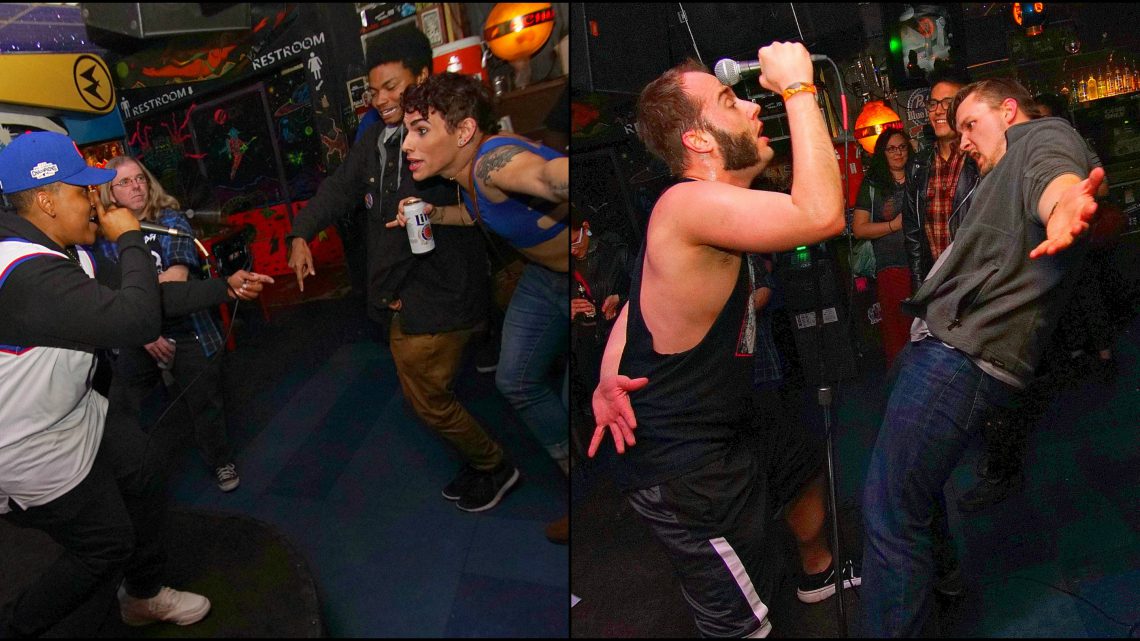 Hold onto your butts. Field Day Fest is coming.

The strictly local music festival is arguably (and we will argue this) one of the hottest events of the year, and is slated to hit Downtown venues this July (keep an eye on their Facebook page for exact date announcements). The festival grows every year and brings something bigger to the table each time. So, to prepare, they held a fundraiser with some of the acts slated to hit stages throughout Lawrence’s party district.

If you were at the Replay on Saturday and met with fidgety punks slipping all over the floor and slamming into each other, you were in the right place. Fans were treated to the always-rowdy and completely foul-mouthed Stiff Middle Fingers, while the hot peppers in Vigil and Thieves had us begging for their edgy and quick-tempered tongue-lashings. Local resident feel-good-party-boy Left E. Grove started off the night (and yes, he’s still performing that one song about his dick— and if you’re not coming to his shows for that, then you’re being pretty reckless with your free time and should stay out of the scene) along with Lawrence’s newest hip-hop charmer, Cuee— a rapper so delightful and likable, folks were immediately dancing along with her.

Next post Photo Gallery: Run the Jewels at The Midland