Photo Gallery: Run the Jewels at The Midland 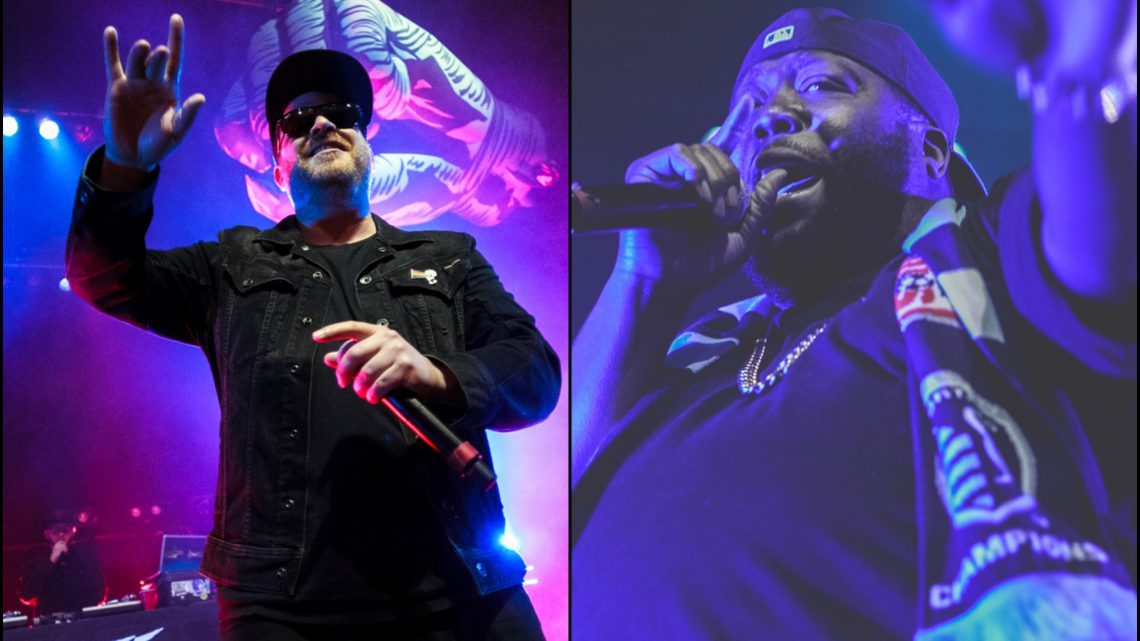 Walking out to an eager crowd and chants of “R-T-J,” Run the Jewels dropped a mountain of energy on an already hyped-up audience.

With such spot-on openers Former Three 6 Mafia member Gangsta Boo, newcomer Cuz lightyear, Psychedelic producer Gaslamp Killer, and DJ/hypeman Nick Hook, RTJ set a high bar for themselves. But with hip-hop full of acts claiming to be the best, Run the Jewels seem set to earn their high standing by bringing with them acts that take to heart what it means to be an opening act and work hard to entertain the crowd.

In that regard, DJ Nick Hook set the bar on it’s highest notch. Not only was he and excellent hypeman and house DJ for both Gangsta Boo and Cuz, he gave one audience member a memory for a lifetime when he brought him on stage to make beats from scratch and then cast him back into the crowd on what was most likely his first ever crowd surf.

This was one hell of an entertaining night. And with the bar set high, Run the Jewels came to knock it down (and knock it down they did).

With more energy than all of the openers combined, RTJ played a nonstop set of back to back tunes from all three of their releases and never lost their breath (or smiles from their faces).

About the Author LeRoy Pristach