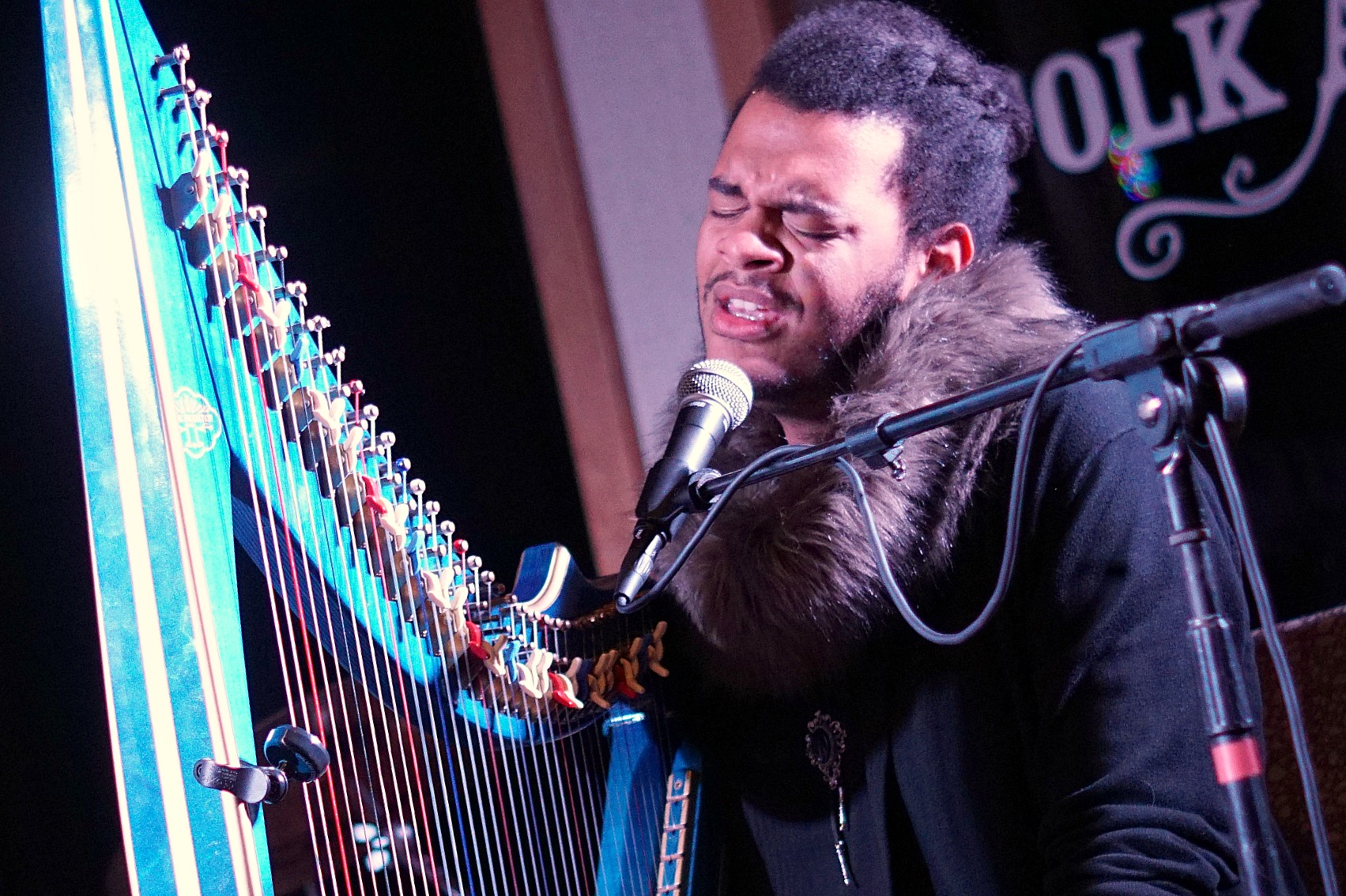 Facebook0Tweet0LinkedIn0Pin0
Wednesday marked the start of Folk Alliance International, a music festival that brings diverse folk acts from across the globe together at the Westin in Kansas City. In a very timely manner, this year’s theme centers around activism. Thus, most of the performers we saw came armed with messages of acceptance and love to accompany their music.

Speaking of love, Kansas City has a raging crush on Calvin Arsenia. We saw several folk acts on Wednesday night, but it was the statuesque harpist with a heart of gold who won everyone over. “Wonderful!” “Amazing!” and “I’ve never seen anything like that before!” were some of the phrases exclaimed from the audience after his set.

It wasn’t hard to feel a little romantic, as the show was on the top floor of the hotel in front of a large set of windows with the illuminated Kansas City landscape dotting the background. “Love always overcomes… we must first love ourselves and love our neighbors… that’s how we fix tomorrow,” he announced between songs that melted hearts and opened minds (if Palestine and Israel ever reached a peace agreement, Calvin’s music is what would likely be playing in the background). The multi-instrumentalist stuck to his harp skills on this night, looping riffs and ripping his long fingers across the strings.

Calvin was absolutely the belle of the Folk Alliance ball. His ode to the region, “Kansas City, Baby,” (below) is growing in popularity at an alarming rate and was met with cheers at the festival. The audience even sang along with the chorus. Nevermind that Calvin is admirably talented, he’s a winner with his fans because of his delightful and infectious outlook on life. Between his stage banter and his songs full of tenderness, he is one of the most cherished acts in the region.

Photo Gallery: Run the Jewels at The Midland