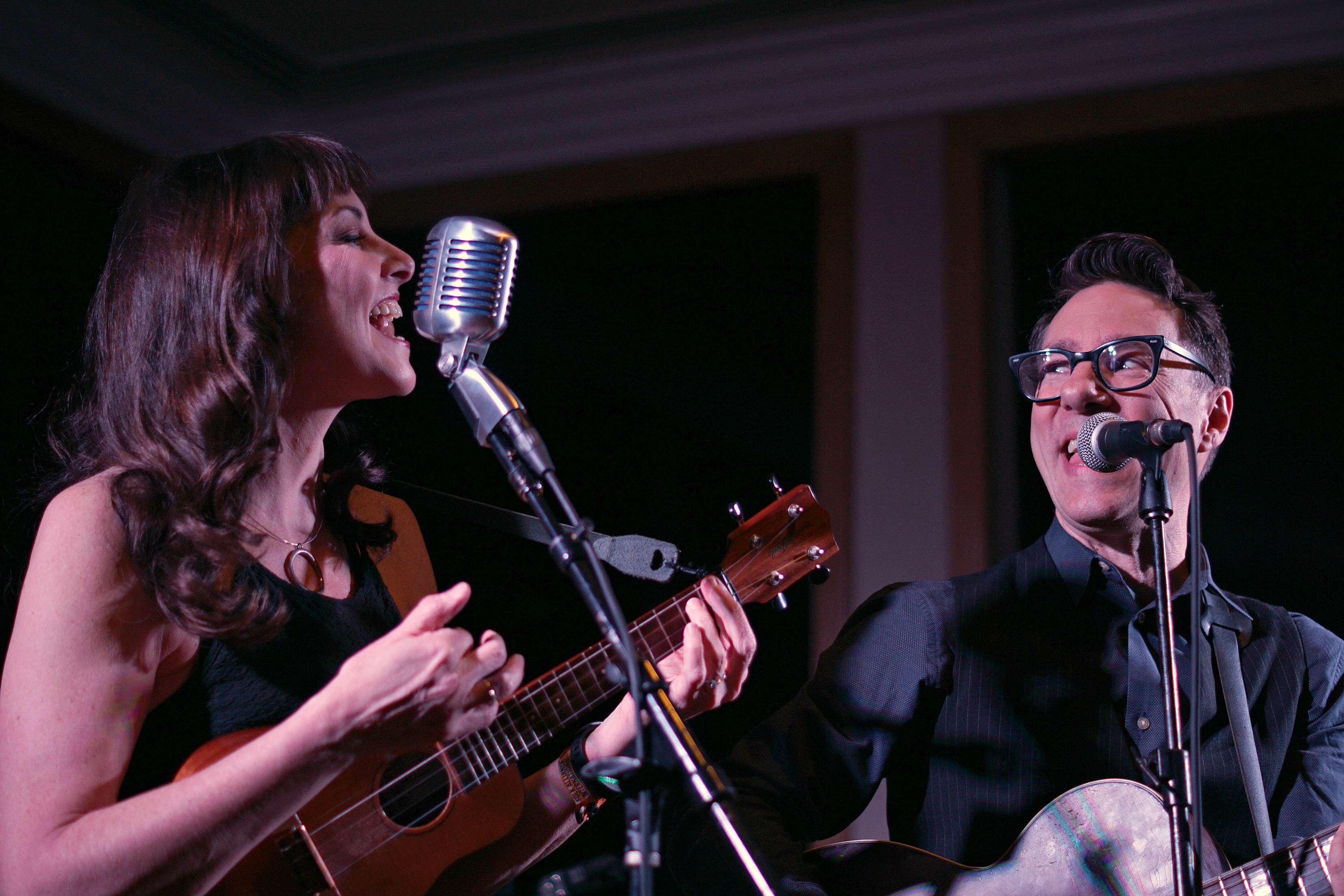 What year is it?? Doesn’t matter. Victor & Penny are timeless.

They are perhaps the only retro-jazz-folk act in Kansas City you should be paying attention to, but you’re lucky if you catch them. This duo played more than 200 shows on the road last year. In fact, settling down is such a rarity for them, they didn’t even keep an apartment during that time (they only recently put their roots back down in Kansas City).

The two hit Folk Alliance International Wednesday night and played an impeccably stylish set along with a full band that included accordion, trombone, and clarinet (Jesus, we lived for those clarinet solos). It is damn near impossible to watch Victor & Penny and not fall in love with them immediately. Every die-hard romantic should yearn for someone who looks at them the way Victor & Penny look at each other and steal glances during their shows. But aside from their adorableness… their look and sound are so clean, we can see our reflection in it. Here’s a taste of what they sounded like when they showed everyone how to swing it in style: