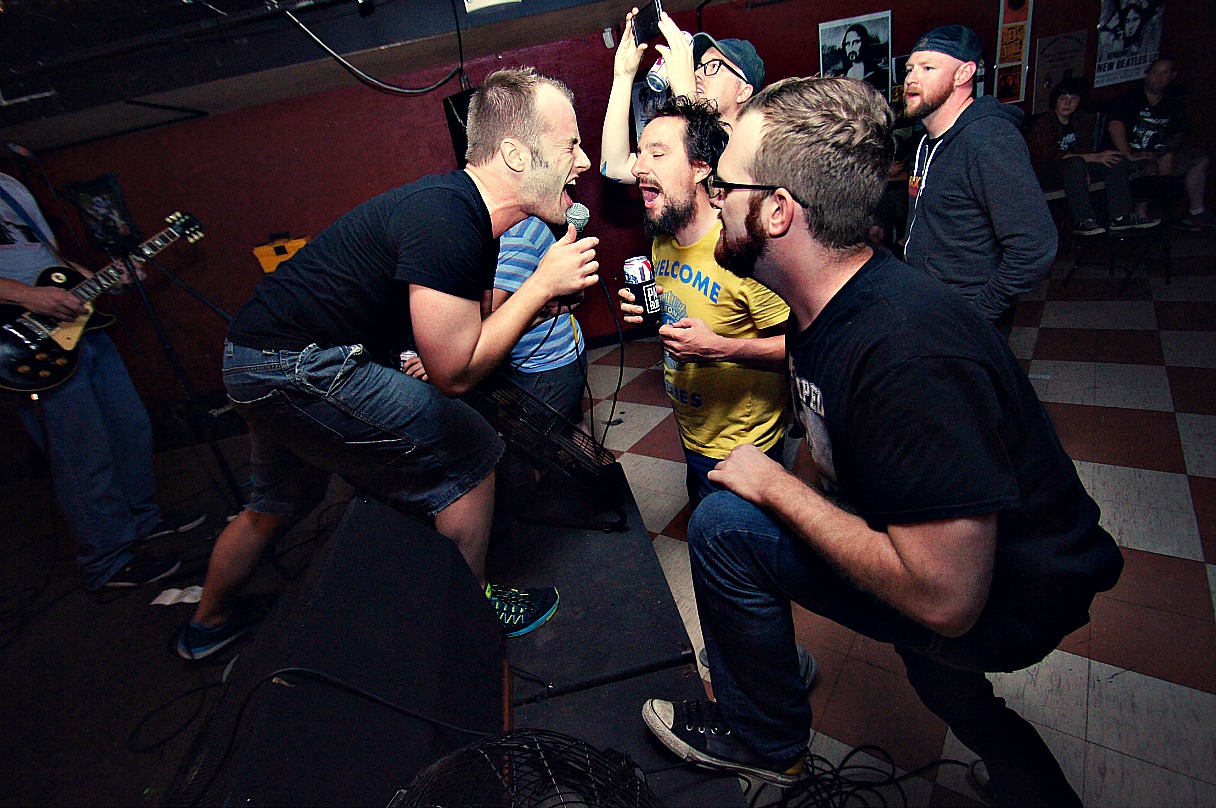 SMF came together in 2010 when Travis Arey (Panda Circus, The Akanes), Cameron Hawk (The Dead Girls, Hidden Pictures), Barry Swenson and JP Redmon (Many Moods of Dad, Podstar) thought it would be fun to put together a short, blistering set of some of their favorite classic punk tunes. Then they wanted to make their own punk tunes. After playing many shows throughout the region they joined forces with George Valyer (Primetime Heroes, Yocemento) and Doug Griffin (The Dead Sevens) to continue to scream, jump, wail, slam, slap and crash ear drums with pure punk angst.