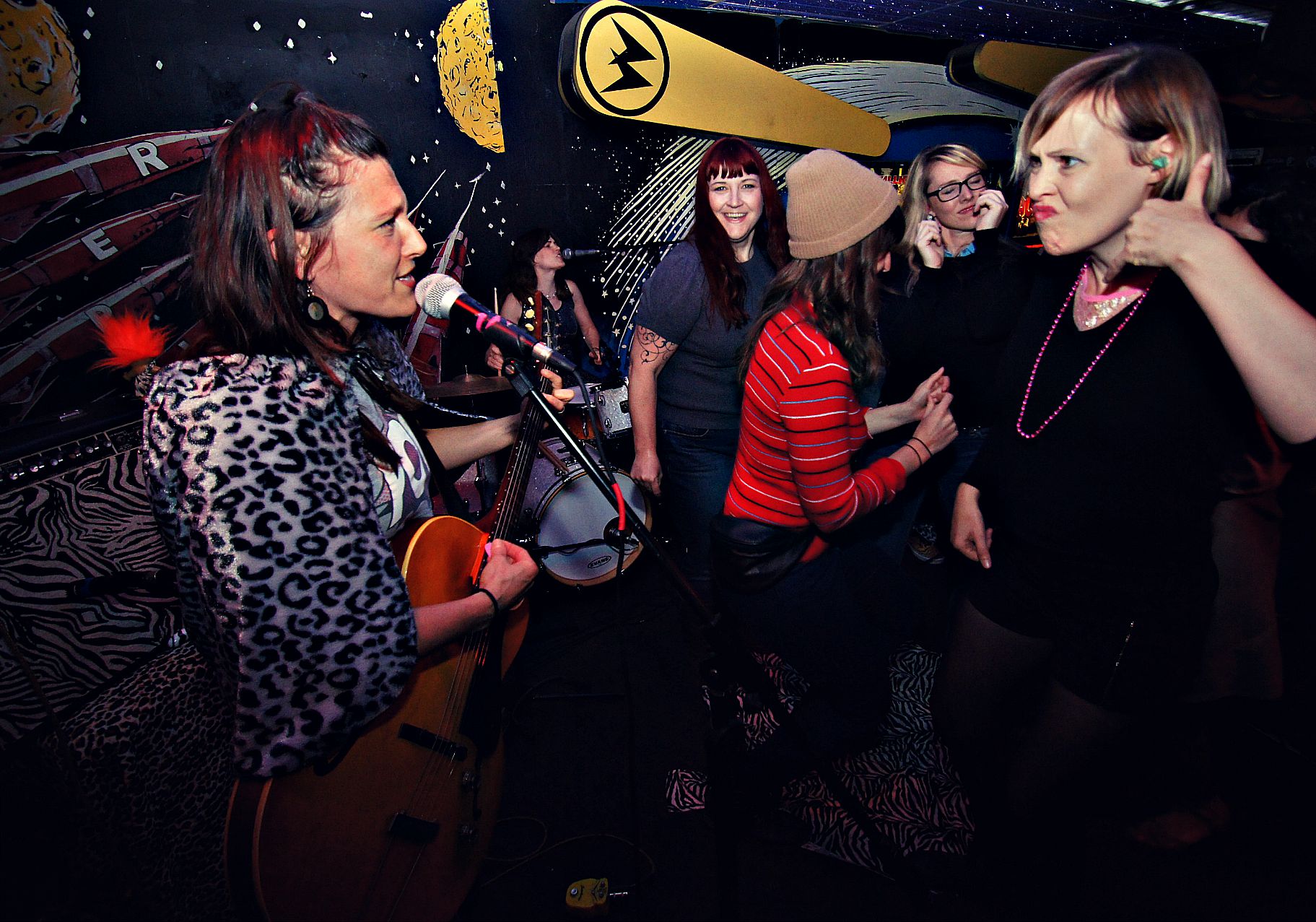 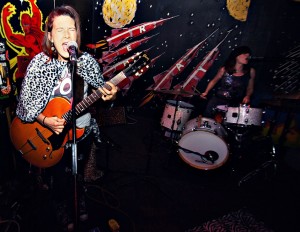 Here’s to the women on top of the world, most of which had to have been at the Replay on Saturday night.

The Cave Girls found themselves in the middle of an all-female lineup featuring Schwervon! and Heidi Gluck. The entire night was dedicated to celebrating the birthday of Schwervon!’s drummer, Nan Turner. But in reality, it felt like a celebration of women.

The women in Cave Girls turn stereotypes on their heads thanks to their commanding stage presence. They’re experts in fun garage rock with just the right amount of alternative style, and the country music background of some of their members gives them a rockabilly edge. With enough pounding drum beats and bass face to slay a room, the gals rocked and rolled the Replay. 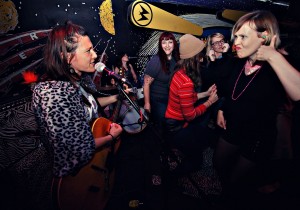 In the middle of their set, they invited Nan onstage to dance. She then proceeded to pull female members of the audience onstage to dance with her. This grew with intensity, resulting in coordinated moves and eventually a conga line around the venue featuring some of the most prominent women in the local music scene (including members of The Ovaries-Eez, The Quivers, and organizers of the Lawrence Girls Rock! Camp). When the conga line reached its destination, the Cave Girls’ frontwoman leaned into the mic and growled “Gentlemen! The ladies have you beat in the dance contest. Step it up, boys!” This statement, along with the rest of the set, was met with happy whoops and cheers from an audience brimming with strong, confident women, sipping on male tears (we will from now on refer to these fans as “Cave Dwellers”).