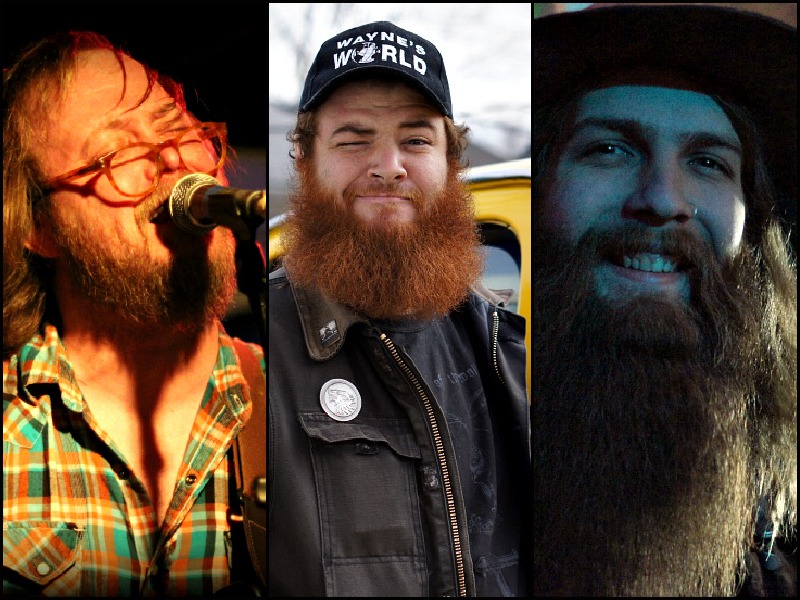 If there’s one thing the Lawrence music scene doesn’t lack, it’s style. We’ve noticed that mere face fuzz will just not do for many of our manly musicians, and they’ve come to boast some of the best beards we’ve seen in town. Some rockers put a lot of work into their look, and for others it just comes naturally. Here’s a look into some of the best beards in the biz. 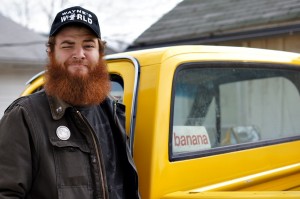 Wild folkster and local madman about town Monzie Leo is probably one of the more recognizable beards in the scene. It succeeds in both thickness and color, sporting a (natural) bright red finish. Monzie’s beard is normally maintained at a specific girth, and when asked why, the guitarist replied “I like to keep people at a beard’s length.” 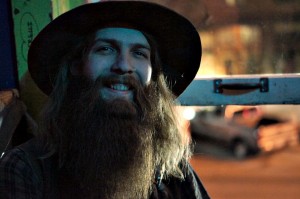 If there’s anyone who can make a facial hair fan out of you, it’s Tyler Gregory. The busking bluegrass boss is easily one of Lawrence’s most beloved performers, and you can find his heavenly voice bellowing in the halls and alleys of the city whenever the weather warms up. But it’s his glorious golden beard that often turns heads, impeccably hanging in the air like some sort of heavenly chin halo. You’d think a beard this proper requires precise grooming, but Tyler assures us that in this case, less is more. “I use a dog comb because of all the metal bristles. Four good swipes.” He’s been sporting the luscious locks on his face since his teen years, and admits he’s grown quite attached. “There was a connection, like a girl with long hair gets connected to her hair.” 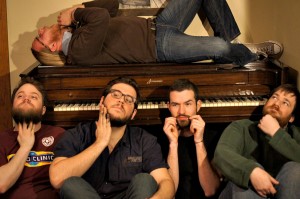 Spirit is the Spirit:

The boys in Spirit Is The Spirit are a bearded bunch. All but one of them have been friends since their teens years, which meant they got to watch each other’s beards grow and develop throughout the years. Sharing this coming of age tradition together gives them reason to heartily discuss beard-grooming methods, as well as mishaps they’ve had along the way (they seem particularly fond of pointing out one member’s misadventures in dying his beard). 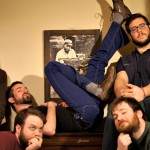 Austen Malone – “I condition mine every day. Volumizing conditioner.”

Dan Bowersox – “I can’t let it get too long. Mainly because my mustache doesn’t grow, so the ratio is better. The thing about my beard is, it doesn’t obscure my face. I feel like if I shaved my beard off, I’d look the same.”

Brook Partain – “I usually grow it out in the winter. I think it got to the point where I didn’t like how my face looked without it.”

Noah Compo – “With the exception of one unfortunate week, I’ve had a beard since I was 13. In high school you think you look cool with a beard, but it’s a really shitty beard.” 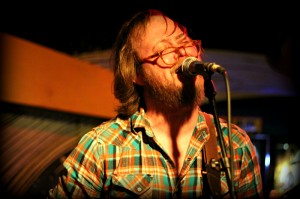 Some beards stand the test of time, and local hardcore musician Sean Bergman has put his through all sorts of trials and tribulations. He grew it while touring in the Fall of 2000, and the now 12 year-old beard has seen its fair share of sweaty performances and seasoned stints on the road. Bergman’s beard is always present, and he assures us that it even stays on in the summer and doesn’t bother him in the heat. He stressed that shaving it off, or even trimming it down, is unthinkable. “I’m attached, I’d feel naked. I don’t want to scare people that I love,” he says, but often ponders how his face would appear without it. “I don’t know if I shaved it now, if I’d look younger or older.”

Honorable beard mention goes to The Appleseed Cast’s Chris Crisci, who was unavailable for an interview, but rocks a gnarly beard anyway.

Next post Seven years on the stage: Muddy Udders throw down hard