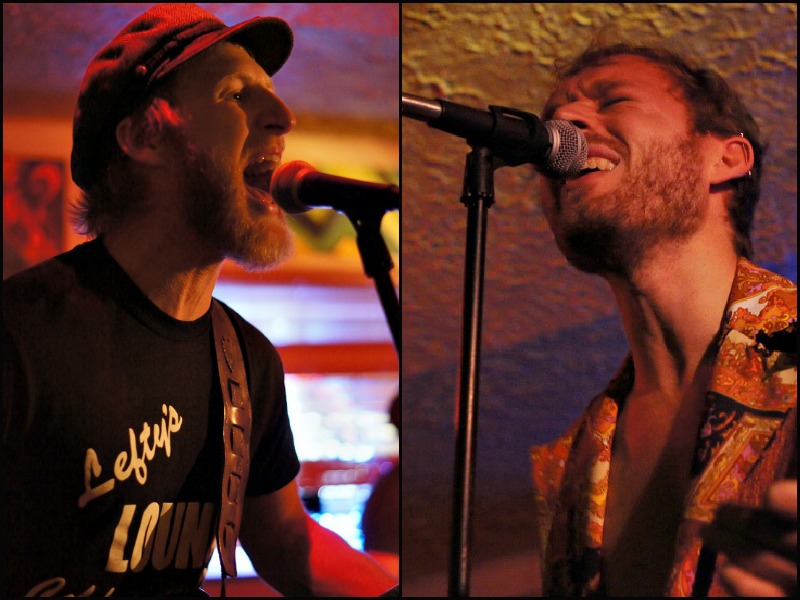 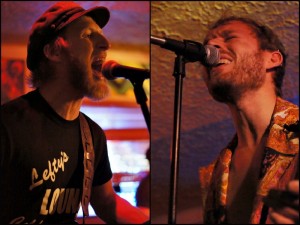 We heard February is a great time of year to visit Wisconsin, so I Heart Local Music took a little road trip up there over the weekend to experience a weekend in Green Bay’s music scene.

On Friday night, nestled between a University and a bowling alley, a party was raging at Frets and Friends, a quaint little venue with a low stage and open space (which left plenty of room for socializing). Local rockers Muddy Udders were celebrating their seventh anniversary as music-makers, and the community flocked to the little bar in support.

On our way in we were greeted by one particularly excitable fan, boasting about “that one time” he drove three hours to see the band, and how exciting it was that the venue (even three hours away from their home base in Green Bay) was filled to the brim.

Tonight was no different. Every type of fan filled the dancing area. Beautiful women hogged the front, couples and middle aged men fleshed out the middle, while the particularly rowdy folk remained in the back. But once the music started, the fans blended into one giant dancing, grooving hodgepodge of party people. 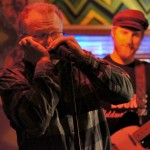 From what we’ve been told, Green Bay likes their covers. But when some bands (such as the Muddy Udders) bust out originals, they throw down hard. The dirty dancers stomped so hard throughout the four-hour set (yes, four hours), the floor was constantly shaking. Games, dart boards, and bright machines flirted with disaster by nearly falling over amidst all the chaos.

The band did little to calm the calamity. Multi-instrumentalists Matty, Augie, and Roelke are showmen at their best, full of yips and clicks into the mic, whoops and hollers, and the kind of shredding that almost antagonizes the audience into a frenzy. Augie frequently thrusted his six-stringed weapon into the air, signaling the party call to action.

The surf-infused rockabilly marathon set felt like an exciting and hectic fly-by-the-seat-of-their-pants adventure. The band never (ever) stopped, not even for one single second, between songs unless it was to toast their longevity, their fans, their night. “This has been the best seven years of rock and roll!” Augie exclaimed, hoisting his drink into the air. We were just visitors in this land, but judging by the crowd’s Braveheart-esque battle cry reaction, we’re going to go ahead and take Augie’s word for it.