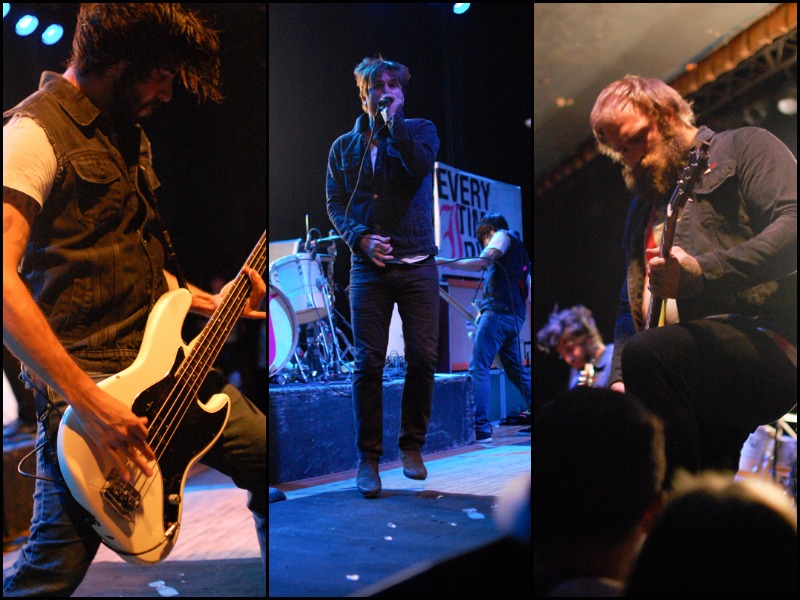 Don’t let the fact that Saturday’s show at the Granada was an early one lead you to think it was tame. The metal showcase put together by the headline Every Time I Die was brutal to the end. The lineup, including The Acacia Strain, Vanna, Hundredth and No Bragging Rights, rocked the crowd and prepped the pit for the men from Buffalo.

Every Time I Die thrilled the kids with their rock anthems, Lawrence praise (@deathoftheparty: Lawrence, Kansas has established itself as one of the best cities in the country to play a show. Indefatigable. Damn near perfect), and onstage insanity (guitarist Jordan ended the night with a trash can on his head).