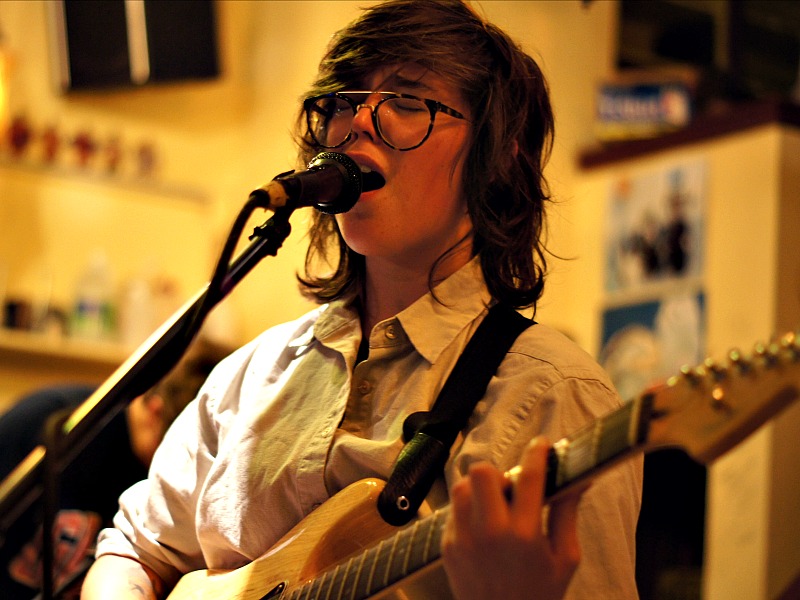 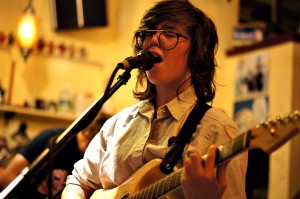 What a difference a year makes. Not too long ago, we were introducing you to Lawrence’s latest indie darling and her fantastic songwriting. Now, she’s fully admired in one of the hippest music cities in the U.S., as was evident at Love Garden Saturday night. Taryn Blake Miller, better known as Your Friend (she ditched the brackets), performed at the record store for her long-awaited and heavily anticipated release show for Jekyll/Hyde (you can pick the album up on CD and cassette tape) to scores of loyal fans packed in between stacks of records.

In true Lawrence fashion, this event paired a well-known musician with an up and coming one. With a harmonica strapped around his neck, Topekan Ryan Tenholder opened up the show. We never knew a harmonica could be so soothing, and we’re anxious to see where his experiments with looping will take this folk musician.

By the time Your Friend was setting up there was barely room to stand/breathe/blink. Taryn has gained some pretty loyal fans over the past few months, but it seems that she has really taken off in recent weeks. Normally, you’d see people drifting in as a band starts to play. But on this night, the wide-eyed audience eagerly staked the good spots and planted themselves well in advance. 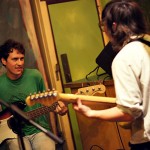 Your Friend had some guest stars on the lineup. In addition to drummer Nicholas Stahl (now a regular in this act), Cowboy Indian Bear’s CJ Calhoun joined in on guitar while Katlyn Conroy provided backup vocals. Andrew Frederick, of Oils fame and the SeedCo collective, played bass. As expected with an intensely artistic group, the first song was explosive. The sound encompassed every corner of the room. 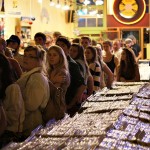 Just the sheer amount of people in the room alone should be a testament to how well-loved Taryn is in this community. “Thanks for coming out, I feel like KU won a championship or something,” the always humble musician confessed after surveying her kingdom. 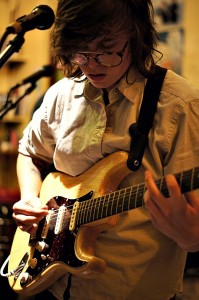 The rest of the set was captivating. Even the back area of the record store where customers milled around near the bin of new releases was still, and gazes remained fixated on the band. If Your Friend didn’t have Lawrence’s attention before, she certainly does now. If this is the result of just a few months of hard work, imagine where this prolific music maker could be in the future.