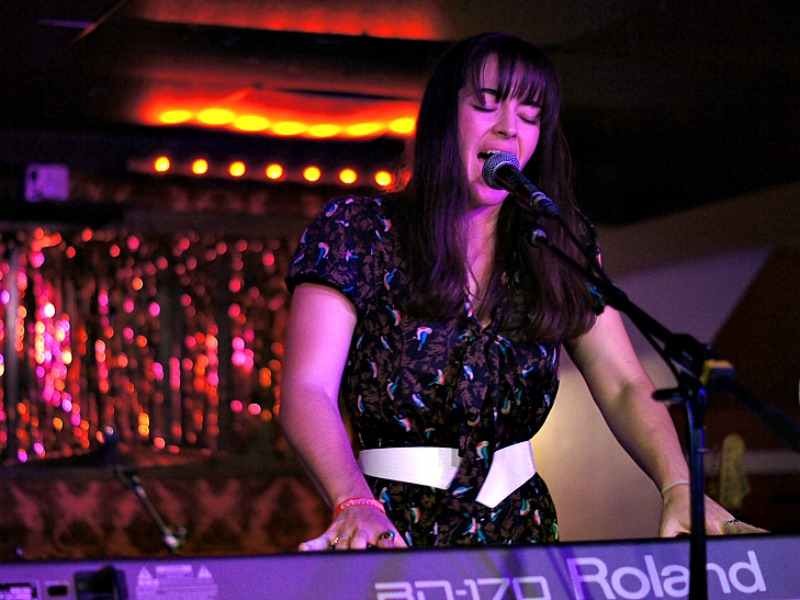 What an exciting time it is in Lawrence right now. The students are back, adding a bit of liveliness to a town that has remained fairly quiet over the summer, and the scene has more than its fair share of bands putting out new albums and organizing eventful shows. 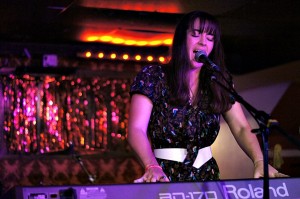 Mammoth Life feels like an entirely new band. No more coordinated outfits, no more slow jams. This is an insanely lively act with energy that shoots through the roof. Thanks to the cooler temperatures that breezed through downtown, there was already an electricity in the air for anyone who walked in off the street. The band blasted through their high-powered pop pieces, hopping up and down all over the stage while the audience reciprocated the feeling with a peppy yet potent dance party on the floor. Arms, hands, and manes of hair were flailing all over the place. The good mood was infectious.

“I love you!” one fan would yell. “We love YOU!” the band replied. “We missed you!” another fan blurted. The band shared the same feelings. “We missed you guys!” In between the love fest, Mammoth Life indulged the Jackpot with several songs off their latest (and stellar) self-titled album, as well as a couple of old standbys. Several folks in the audience glued themselves to the front of the stage, happily bobbing along to the music, smiling ear to ear. 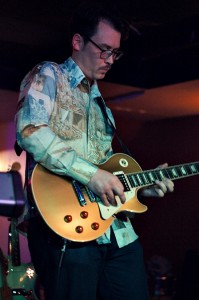 It was hard to part with them at the end. Of course it was. This was a local band that left town a couple of years ago, enriched their lives, and brought back that good cheer and tales of adventure to Lawrence. It felt like Christmas, and left just as quickly as the holidays usually do. But the biggest joy of all was watching hometown musicians grow and use their experiences in a new world (in Mammoth Life’s case, San Francisco) to better themselves. When you think about it, the new students in this college town are about to embark on a similar adventure, which may explain why the excitement hung so thick in the air on this high-spirited evening.

Here’s a clip of Mammoth Life performing a song that describes that feeling of starting an adventure in a new city: