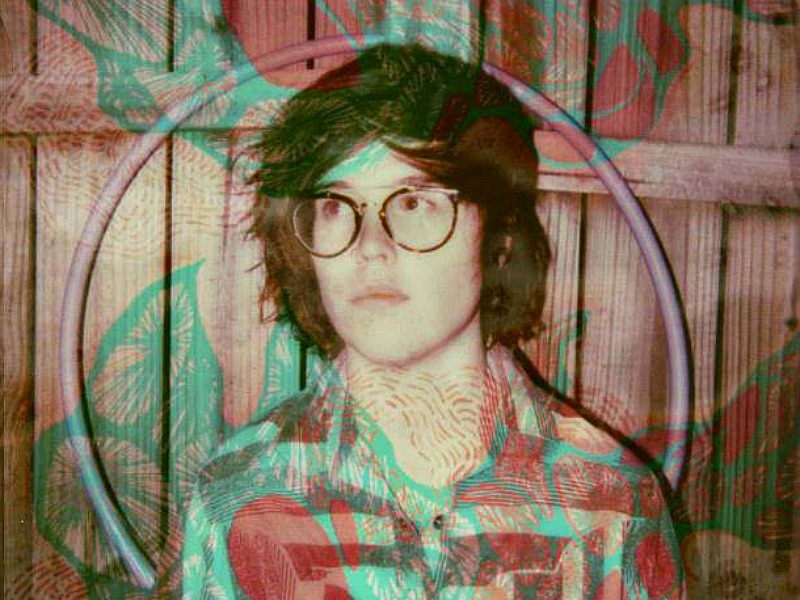 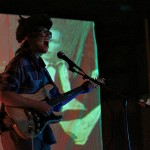 I first came across Your Friend’s music back in October of 2012. She was the headliner at a house show with three other incredible musicians that I have been lucky enough to write about for this very website. I had heard the rumors; Your Friend was the next big thing out of Lawrence and I was anticipating a great performance. It was a momentous show. A show that had me hooked instantly and I mean it. I made it my goal to see every single one of Taryn Miller’s shows that I could.

Between that October night and this past May, I may have been to ten performances. That’s a small amount considering how many shows she has played in the area, but all of them were unique and I was thankful to attend every one. Those first shows, featuring just her, the guitar, and those effects she was using were stunning. The intensity coming from this one person effected me in a way I couldn’t describe.

I saw the full band shows, the two-piece shows, the solo shows, at varying venues in Lawrence and Kansas City. I was bound and determined to become the number one Your Friend fan. Ask anybody that knows me. I talked about those shows and the music feverishly (and obsessively) for the better part of the last year. In early November 2012, I missed a show at SeedCo Studios, for one reason or another. Unbeknownst to me, two close friends of mine were recording the show that night and one of them happened to send me the audio from Taryn’s set, saying to me, “You really need to listen to this.” He wasn’t kidding. I have no idea how many times I listened to that twenty-three minute performance, but I just know the emotion that compelled me was unlike any other. 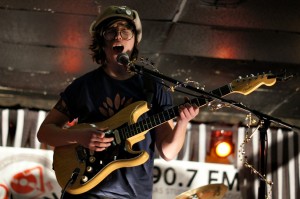 Those songs held a blunt and beautiful message, even in the fuzzy, quiet bootleg audio that I listened to. I felt strange owning this document of a show that I hadn’t even attended; a record of early versions of songs, not yet mastered and that would be changed in the coming months. I didn’t have a clue as to what track titles were, only snippets of lyrics I picked up and it only made me more anxious for what was next, the official release. This debut has been one of my most anticipated releases this year and the six songs on it are not only a tremendous work of musicianship from an artist that has created something wonderful and expanded her sound, but a reminder to me personally, of memories of the experiences I had at these shows and while listening to these tracks. 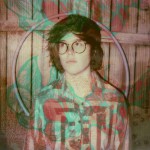 Jekyll/Hyde is from beginning to end, a stellar work of perfection. The production, the instrumentation, the lyrics, the vocal work, all impeccable. The haunting cry on “Bangs,” the opener, is a sharp pain in your chest, twisting its way to the core. When Miller sings (and just the way she sings) “You know…” and the drums kick in, you’re done for. The guitar brings a chill to your bones. The balance between soft and subtle with flashes of aggression, is apparent in every one of the songs, but in “Bangs,” it begins as a slow crawl until the crescendo can no longer contain the restrained energy. And then it descends back to silence where “Peach” takes over. The buzzing guitar rings and reverberates in the silences between Miller’s next words. “You held my arms as if they were yours/You held my face as if it were yours” she says, a declaration to one person, but for all to hear. The songs are personal and intimate, but with nothing to hide. 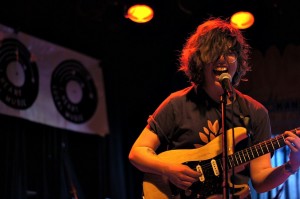 “Pallet” has a hypnotizing guitar and a quiet hum in the background. A song that is almost delivered in a whisper until the the keys (and strings?) swell and the lyrics reach their climax with “Won’t you leave like you mean it?” A stellar song, followed by the devastating “Tame One” with its crashes of intensity over Miller’s smooth voice. Then the transformation occurs at the three and a half minute mark; while Miller keeps her calm delivery of the song’s title, the music works into a heavy escalation of sound. Once complete, we are left with the stunning loveliness of “Jekyll/Hyde.” This track is a true gem, filled with terrific imagery and a heartbreaking guitar. It doesn’t hurry, it has no need to rush; just floating through the atmosphere, it fills your soul with a buzz. You can’t shake this song, it has a vice like hold on your emotions. 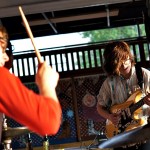 The final track, “Expectation/Reality” is an awesome art/indie-rock epic; its change in tone giving it a duality and carrying the theme of the record till the end. This is only the beginning of something incredible for Your Friend. Jekyll/Hyde is an unflinching, startling, and forceful album, but it somehow keeps the energy of a fleeting dream. You are afraid to disturb it, because it could disappear. The line between the two is blurred in a brilliant way. Tread lightly.

Editor’s note: You can watch Your Friend live at the CD Release show Saturday at Love Garden. RSVP to the Facebook event here.