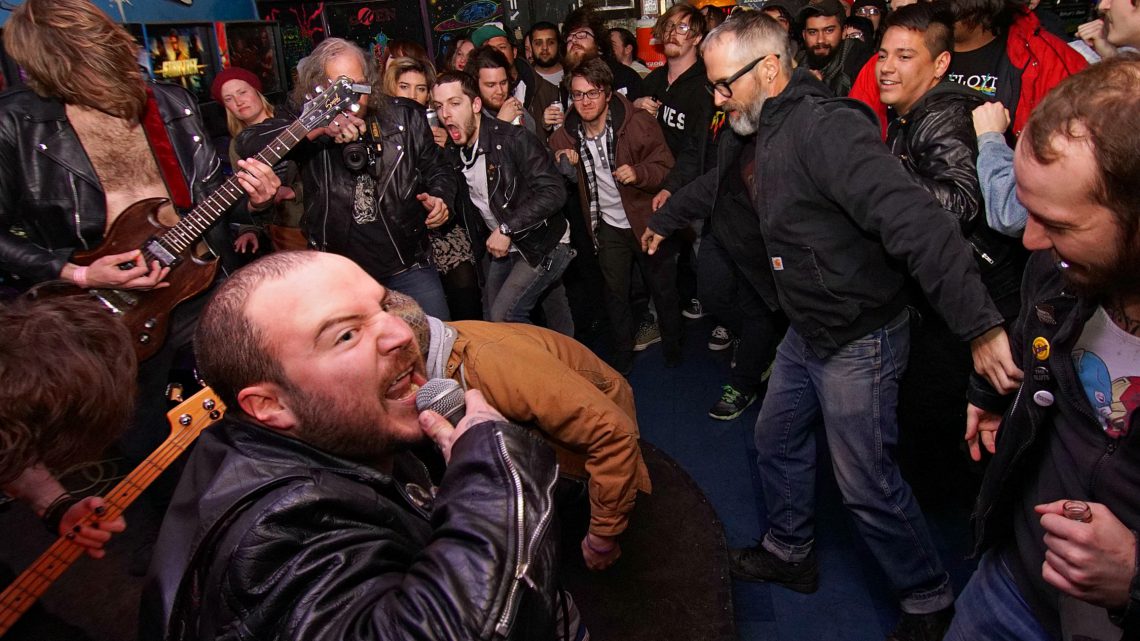 Shortly after their explosive entrance into the Lawrence punk and hardcore scene, Nancy Boys have already released a set of tracks with Negative Nancies.

A short sample and maniacal laugh intro the five hard-hitting songs, many clocking in well under two minutes. The vocalist has an affinity for growling and wailing, and does so expertly throughout the demo. Negative Nancies is a great opportunity to hear more of the band’s personality, considering their shows bring up such a state of calamity, it’s hard to tell what’s going on when the bodies start flying. While we can’t decide which of these songs is a standout track yet, we’re partial to “Shitbag” because it’s the type of song we can see their fans instantly recognizing and thrashing along to.

You can listen to the new music below, and word is you’ll see them back at the Replay in a couple of weeks (stay tuned).