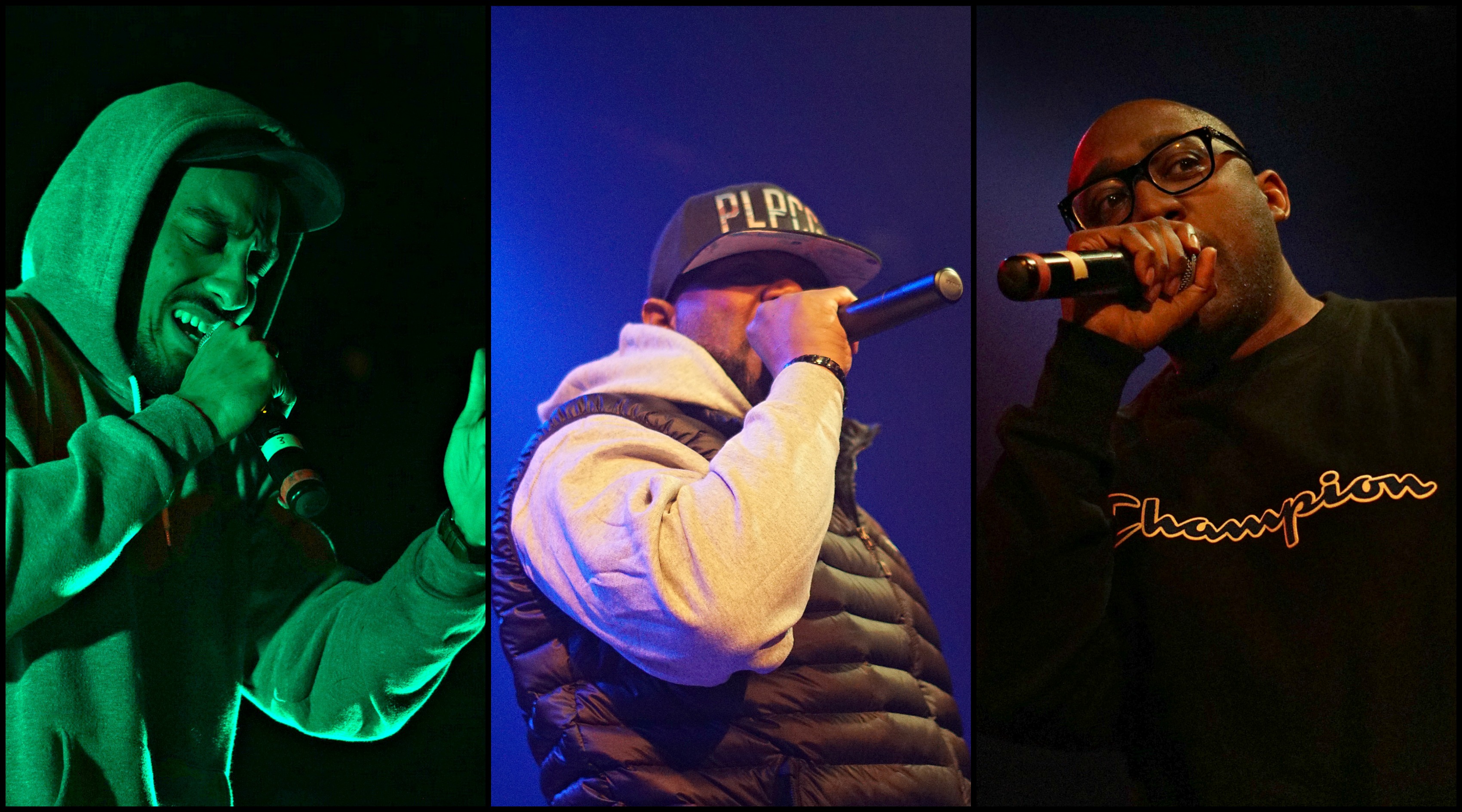 It might have been the most merriment and joy you’d see at a hip-hop show in Lawrence all year.

Ghostface Killah, fresh off of what he insists was a 15-hour drive straight from Texas, rolled through the Granada and brought plenty of Wu Tang love both on and offstage. The rapper, who has always been praised for his storytelling finesse, had the audience eating out of the palm of his hand and obeying every command. But he also kept the rapport high, constantly bantering with the audience and demanding a certain harmony from them with his ever thundering and commanding voice.

This was a show for old school and original hip hop heads in Lawrence. While there were heavy hitters onstage, there was also some local hip-hop royalty in the crowd. You could have easily spotted members of Ebony Tusks or Lincoln Marshall, as well as DJs who’ve been spinning Wu Tang records for decades. Needless to say, this crowd was the real deal, and it showed.

The highlight of the night came when those fans were put to the test. Ghostface Killah demanded two fans come onstage to help out with “Protect Ya Neck,” specifically Method Man’s and Ol’ Dirty Bastard’s parts (video below). While it took three tries before finding someone for ODB’s portion, the two who did end up passing the quick audition nailed it. At this point, the energy between Ghostface Killah and his fans had been feeding off of each other, and steadily grew into this climactic part of the night. By the end of the set, fans were screaming requests and ladies had stormed the stage to dance.

The night began with an all-star lineup of locals (remember, there was local hip-hop royalty here tonight). BLKFLANL, out of Kansas City, showcased the beautiful partnership between Conductor Williams and Barrel Marker. But sometimes the best parts are when Williams cuts the music and Barrel Maker lets his inner monologue take the wheel. Though, it’s never too long before he’s back to his energetic self, calling on the crowd for participation.

Stik Figa followed with one of his rare appearances, and was an absolute delight. He really brightened up the place, metaphorically and literally, as he kept the lights at full blast onstage to break down any barriers between him and the audience. While he’s likely the most professional sounding rapper between Topeka and Kansas City, his onstage personality is also likable and relatable.

He showed off old favorites and new tracks from his recently released Central Standard Time, as well as plenty of speedy freestyling that bewitched the audience– and his constant comedic back and forth with Conductor Williams was a hit. His set felt like a consistent banter with the audience. By the end of the night, the crowd likely felt like they’d been shooting the breeze all evening with a relative or close friend. If you walked into that show uptight and trying to look cool, Stik was the one who got you to put your guard down.