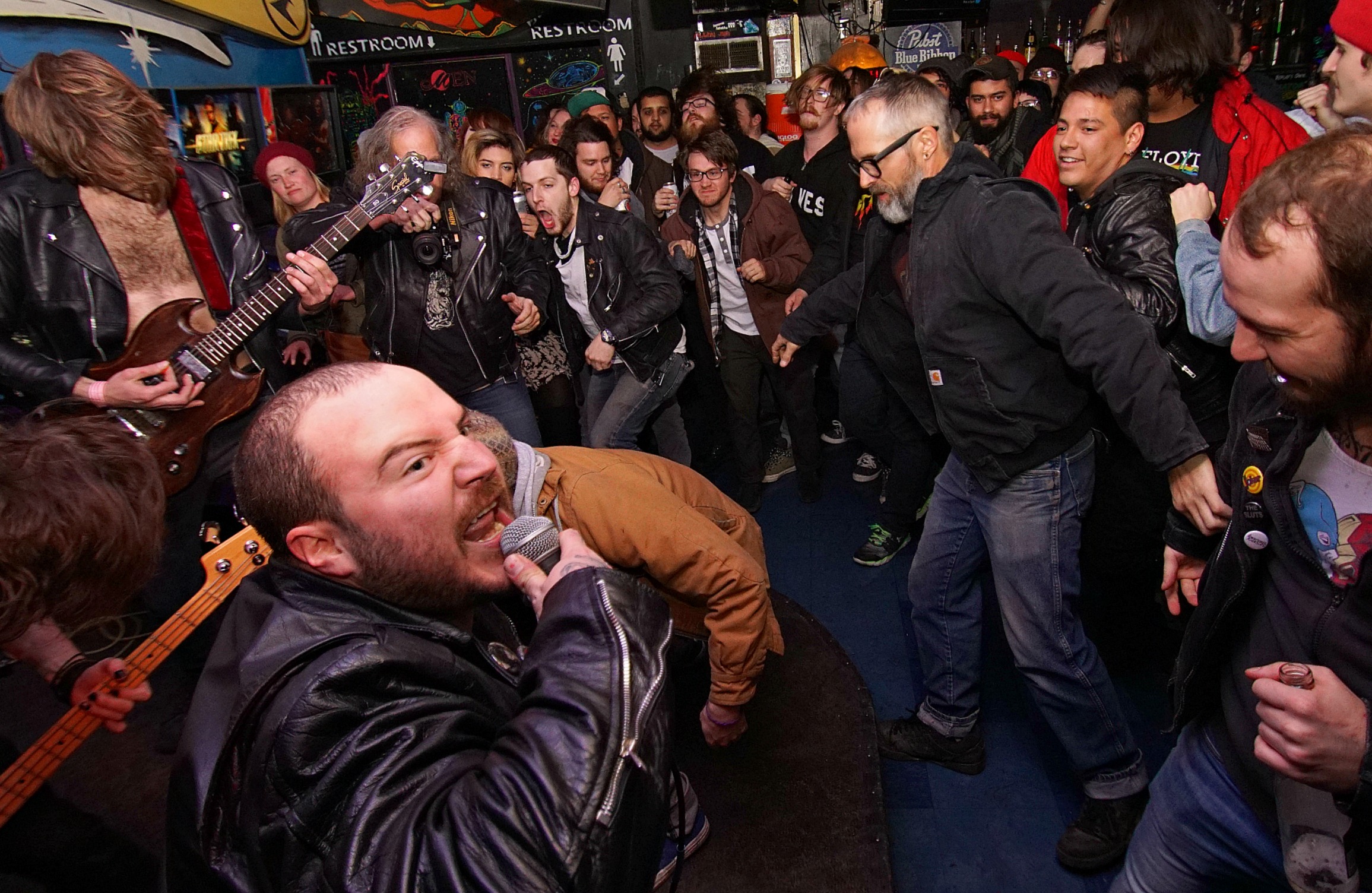 The timing couldn’t have been more important.

Nevermind that the debut of Nancy Boys, Lawrence’s latest feral wolves to deliver a disorderly dose of punk rock, was one of the most anticipated events at the Replay in months… the punks in town had reason to be riled up. The scene was in an uproar after one of their own was jumped and violently beaten the night before (supposedly by a white supremacist) downtown after a show. Keep in mind, this is the second time that week a rocker had been jumped outside a show by a white supremacist. So the punks were out in force on this night, not just for the band’s debut, but to flex their muscle and do what irritates white supremacists the most: exist as hard and loudmouthed as they could.

Nancy Boys were opening for Agent, a band that hadn’t been through since last summer for a show that took the #1 Spot in our list of badass moments we saw in Lawrence in 2016. But Nancy Boys’ raucous and unruly set may have to unseat Agent. They were the first band on, but by 11:00 p.m. the crowd had already filled the Replay and was absolutely buzzing, begging the band to go on. By the time they sauntered up to the stage, the crowd was about as tense and ready to take off as an Olympic sprinter waiting for the gun.

From the get go, bodies were flying, fists were flailing, and knees were kicking. But it was when the singer, a favorite amongst the local punks, mentioned the recent attack that the crowd really lost it. So much so, that a random punk was tossed into our camera and we were unable to shoot the rest of the set (a quick surgery between Nancy Boys and Tire Fire ensured we could shoot at least for the rest of the night).

Most musicians (and fans) that night pledged to take a stand against hate crimes and racially-fueled violence, which gave a sense of solidarity to the scene. There were KC punks playing with Lawrence punks, and their fans blended into a turbulent and lawless force. If there was ever a time for a band like Nancy Boys to make their big debut, this was it… and they could be the channel that strengthens an already tightly-bonded scene at a time when punks need solidarity (and protection) the most.

Watch this unruly shit. This was the first song.

Photos from the entire night can be seen below:

From Limerick to Lawrence: "Songs from Ireland" to hit Liberty Hall