From Limerick to Lawrence: “Songs from Ireland” to hit Liberty Hall

From Limerick to Lawrence: “Songs from Ireland” to hit Liberty Hall 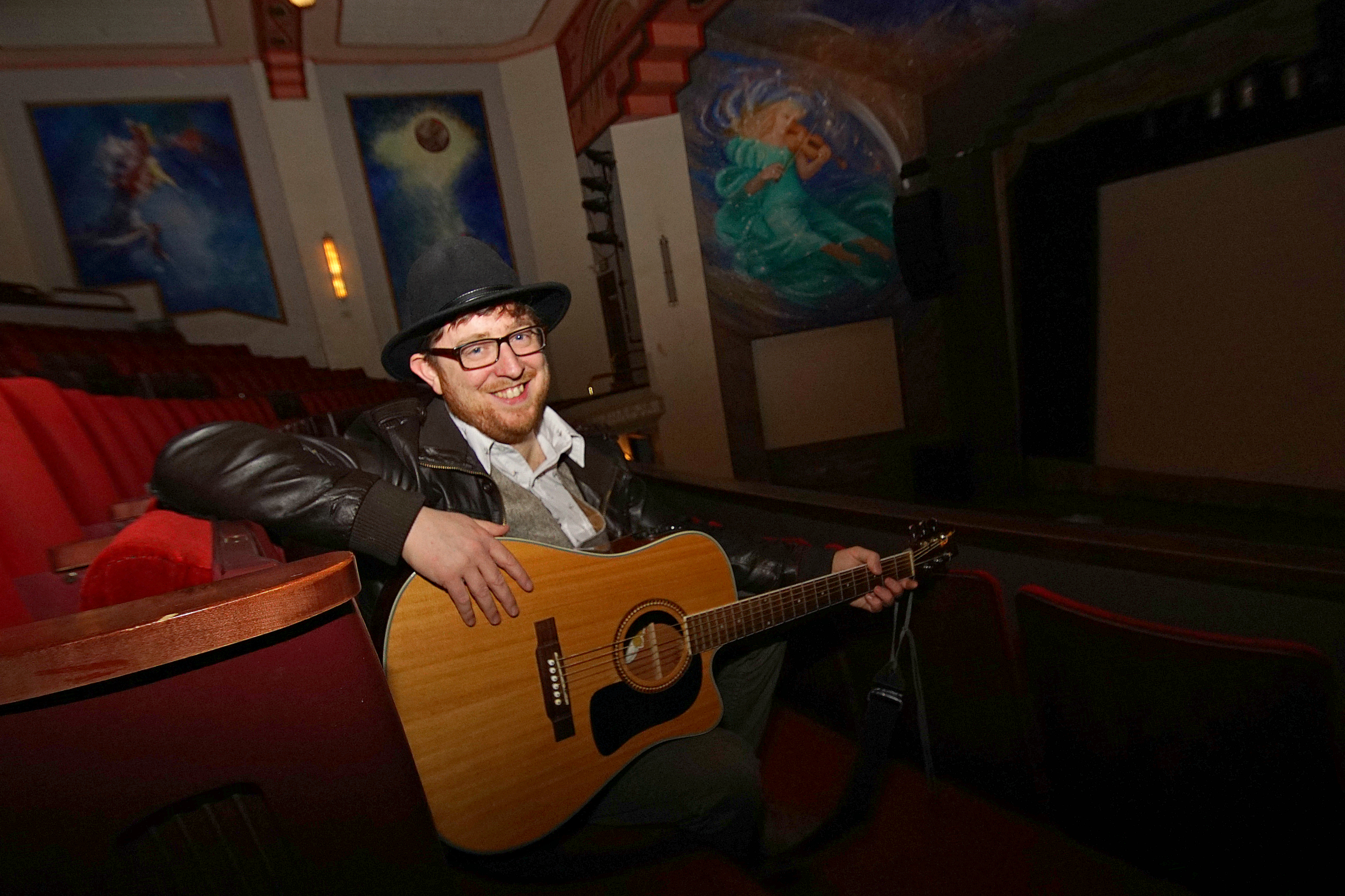 It hardly seems like Nick Carswell can sit still. The Irishman turned Midwest musician can generally be seen playing with his bands, Pink Royal and Carswell & Hope. But he’s also been spotted collaborating with artists in the area, heading up music conferences, and occasionally sitting down at Lucia’s Piano Bar. While he insists he’s really not that busy, this week he’ll be hitting the stage with an entire new venture when Liberty Hall hosts “Songs from Ireland” to celebrate St. Patrick’s Day. Once again, he’ll be collaborating with local musicians to bring the music of Ireland to Lawrence.

But before he settled in the American Midwest, Carswell grew his musical roots in the Irish Midwest. Growing up in Limerick, he says he got to witness a sort of “music renaissance” in the region before heading off to college in Dublin. “In the early 2000’s, singer-songwriters were huge, there was a really great scene,” he recalls, noting the likes of Damien Rice and Damien Dempsey. “There was a huge host of names… that was definitely a renaissance in the early 2000’s, and influenced my songwriting.”

But opportunities were limited for a songwriter like Carswell. Dublin grew increasingly competitive, and finding that local support became a challenge. “In the Kansas City region, there’s a lot of support for local music,” he says. “There’s a history of people who’ve had success and they contribute to the legacy of their success and finding new talent.” He also found listeners here receptive to original work. “One thing I noticed when I first arrived here was that American audiences are a lot more open to hearing a combination of offerings, whether it’s original or cover versions,” he admits. “At home in Ireland, I used to find a real distinction between cover gigs and original gigs, maybe because there’s a lot of competition. But over here, you could play gigs that were half originals and half cover versions. If you did that in Ireland, it would be noticed for good or for bad. I think those two worlds didn’t mix so much.” 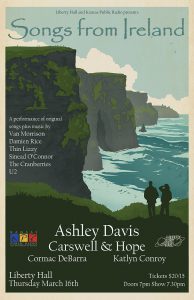 Additionally, Carswell found more than one way to get his music out there. A constant creator, he tends to approach performance with more than just a set of songs. “I’m open to ideas. I’ve done video projects, I’ve done multimedia, but it’s essentially the same things— how to express creativity that’s happening,” he says, noting why collaborations are always on the table. “Working with other people and enjoying other people’s art and creativity and helping them get that out there, that’s why I’ve been involved with extra curricular projects. I want to see good art, good music. Stuff that comes out of me is one thing, but I equally enjoy it being expressed and created by other people.”

Now, with St. Patrick’s Day falling on a Friday, Carswell saw an opportunity to once again collaborate and showcase some of his native country’s best work at the same time. Ashley Davis, Carswell & Hope, Katlyn Conroy, and a host of other musicians will be performing music by Van Morrison, Thin Lizzy, Sinead O’Connor, The Cranberries, and U2 (just to name a few). “I wanted to do something different. We wanted to showcase some of the different Irish songs I’m interested in,” says Carswell. “I would love if it brings people who have an idea of what Irish music is, and adds to that and enhances their definition of what music from Ireland can be while also giving them music they can enjoy.”

You can bask in the beauty of Irish music and local collaboration this Thursday with “Songs From Ireland” at Liberty Hall. The show starts at 7:30 p.m., and you can find more information here.