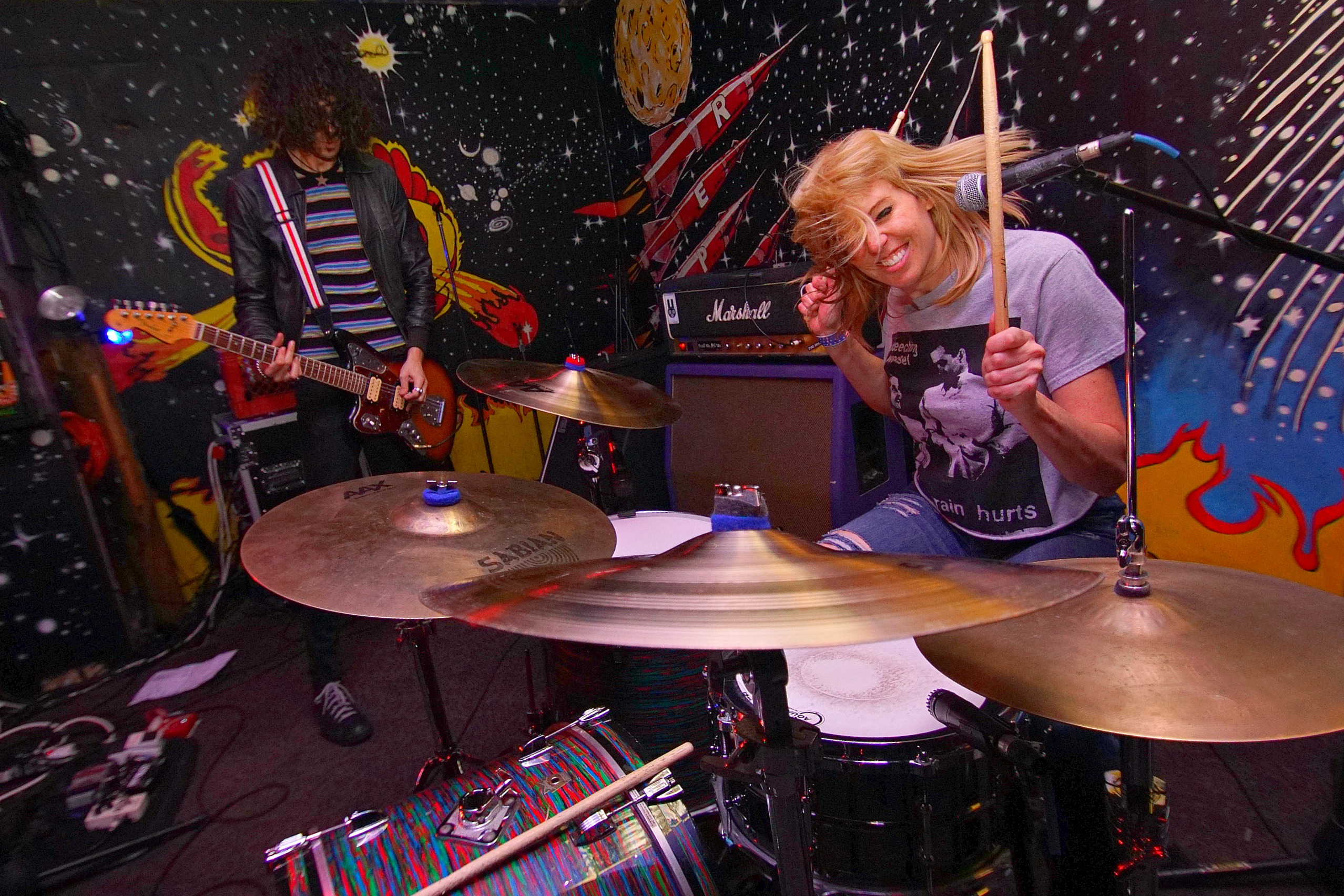 The nice thing about March is sometimes you get an absolutely fucking cool show on a Monday night.

The Two Tens, out of L.A., rolled through Lawrence early in their tour. Adam Bones and Rikki Styxx were the very embodiment of rock and roll, providing the small crowd with nonstop fast-paced garage rock heaven. They were also charming and good natured, knighting one of the openers’ drummers with a guitar and constantly buttering up the audience. With a frontman resembling a Ramone and a drummer full of spunk, it was hard not to fall for the band within seconds. They even won over a crowd that otherwise would have been impatiently waiting for karaoke to start.

They were joined by Salty, out of Kansas City, the latest project from Jonathan Brokaw (previously of All Blood). Salty is an endless ball of energy. Like, you may run out of breath just listening to them. Even their sound check was frenzied and wild. Salty is the band where we finally get to watch Brokaw lose his mind. Every member of this band shreds hard, but in their own maniacal way. They may appear delightfully dysfunctional, but they’re the epitome of wild merriment.

The organ provided psychedelic undertones to a ferocious drummer while Brokaw’s driving guitar-work kept the band tirelessly plowing through one of the more spirited performances we’ve seen this year. They just released an album last month, and it’s probably one of the more fun set of songs you’ll thrash along to as we head into festival season.

Lovergurl opened up the show. This was the Kansas City band’s first bout at the Replay— and although they haven’t been around for too long, they’re definitely a band you should keep an eye on. The female-driven band challenged perceptions of women and their place in society. “Not your daughter! Not your sister! Not your mother! Not your WIFE!” they howled harmoniously on their last song.

Their songs always put an eerie synth in the spotlight, but would divide time between sounding sometimes poppy, sometimes rockin’, and always a little dreamy. But don’t get too relaxed— because just when you’re grooving along to their harmonies, they’ll suddenly burst out blood curdling screams (via their very talented drummer). Lovergurl is full of surprises, so you’ll have to stay on your toes.

From Limerick to Lawrence: "Songs from Ireland" to hit Liberty Hall