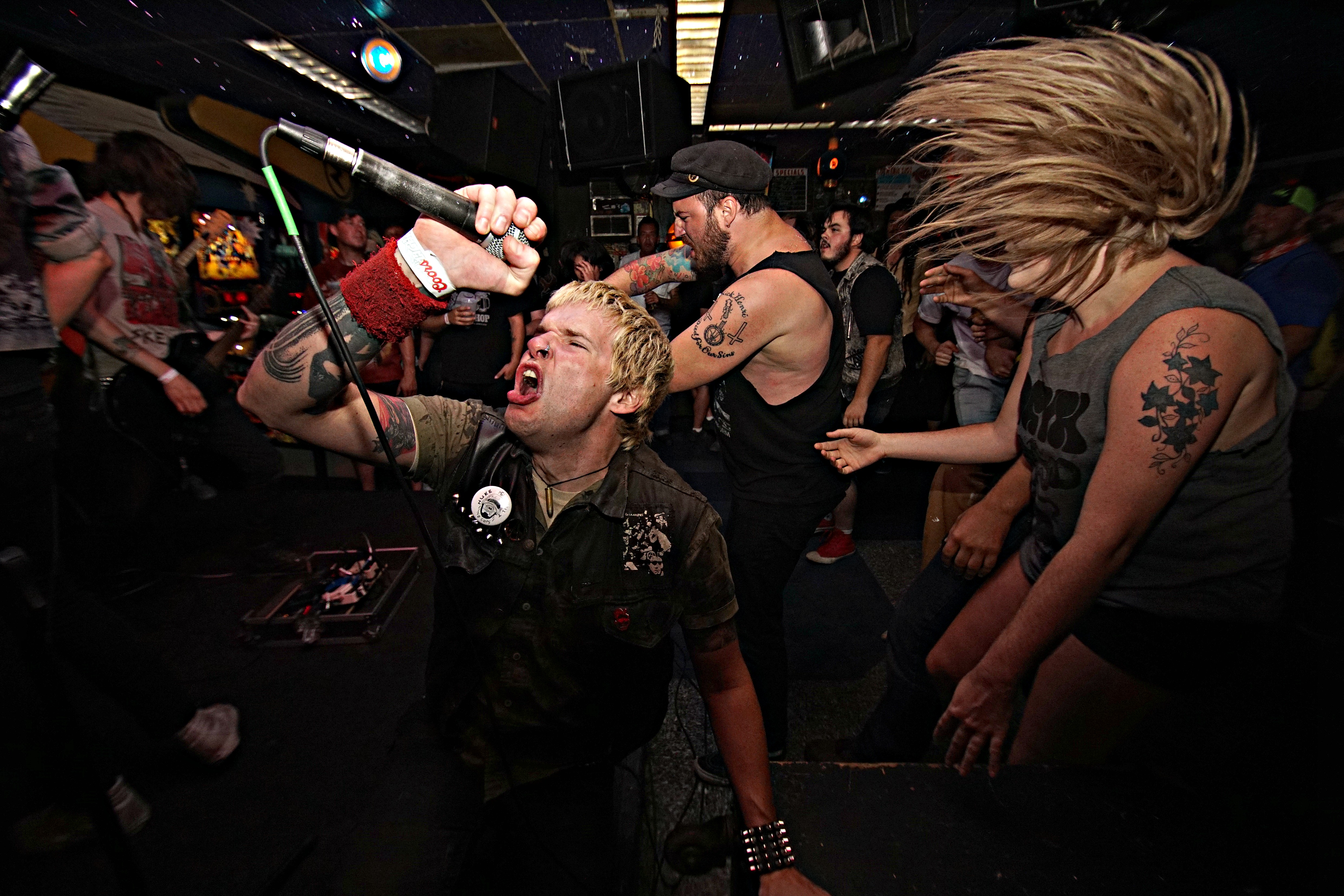 They played for seven minutes, and you better believe every damn second of it was priceless.

From the very moment they started playing, bodies started flying across the already-crowded Replay on Friday night. This was hands down the most hardcore set we had ever witnessed at the Replay. If you blinked, you would have missed it. But if you were paying attention, you thrashed and likely got beat up pretty hard. While the band viciously played away onstage, the fans took it hard. It was like Fight Club. If this was your first night, you had to get your teeth kicked in. One fan stood still for a couple of seconds, so the bass player kicked him in the chest. At the end of their seven minutes, the vocalist threw the mic stand into the ceiling, let it dangle there, and proceeded to scream the rest of his vocals at it that way. This was by far the largest amount of concentrated chaos in one setting, and the punk rockers were in heaven.

The night was opened up by Laissez-Faire, a band that describes themselves as “bummer-folk punk.” That has to be one of the most LFK genres we’ve heard, and it’s a pretty accurate assessment considering the pace of their songs. They start sort of mellow, then head to a more folky demeanor before ending with shredding and screams.

Lawrence’s newest rowdy two-piece, MaceMouth, was sandwiched in the middle of the lineup. Featuring members of Westerners with hardcore roots, they played loud as hell and crazy fast. This is the type of menacing music that is the perfect soundtrack to a Jason Statham fight scene, one that you bet ends in explosions.