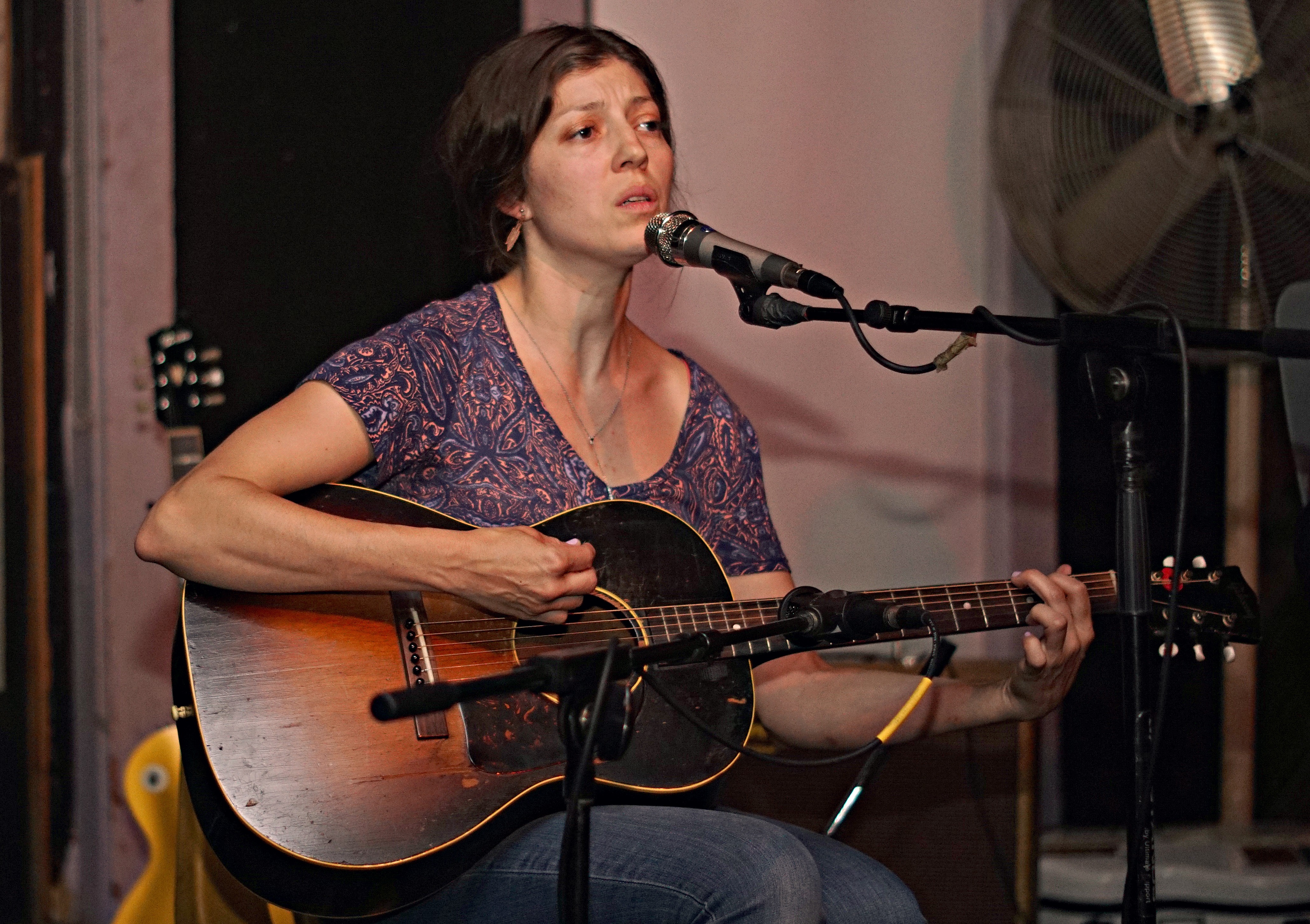 We really hadn’t heard much from Allison Olassa in a while, so we were happy to see a sudden show pop up from the local folk musician on Wednesday night. Formerly performing with a more robust-sounding band, she took a quieter approach at the Jazzhaus this week. But the solo artist was hardly alone on that stage, and was joined by a team of local musicians who accentuated the graceful poise of Olassa’s music.

The songbird is one of the more likable musicians in Lawrence. Wednesday’s show could mark a quiet return from the resilient songwriter (we hope it does, anyway), who recently has remained under the radar. Her sultry voice helps ease the heavy load of heartbreak that usually comes with her soulful lyrics. She performed some of her older songs, and covered a tune written by Elephant Revival’s Bonnie Paine. We were especially fond of fiddler Sage Cornelius, who plays in a handful of bands between Topeka and Kansas City and had just put on a vicious performance on the Replay patio over the weekend at the Signal Ridge and Red Sky Home show.

Here’s a clip of what Olassa sounded like on Wednesday.