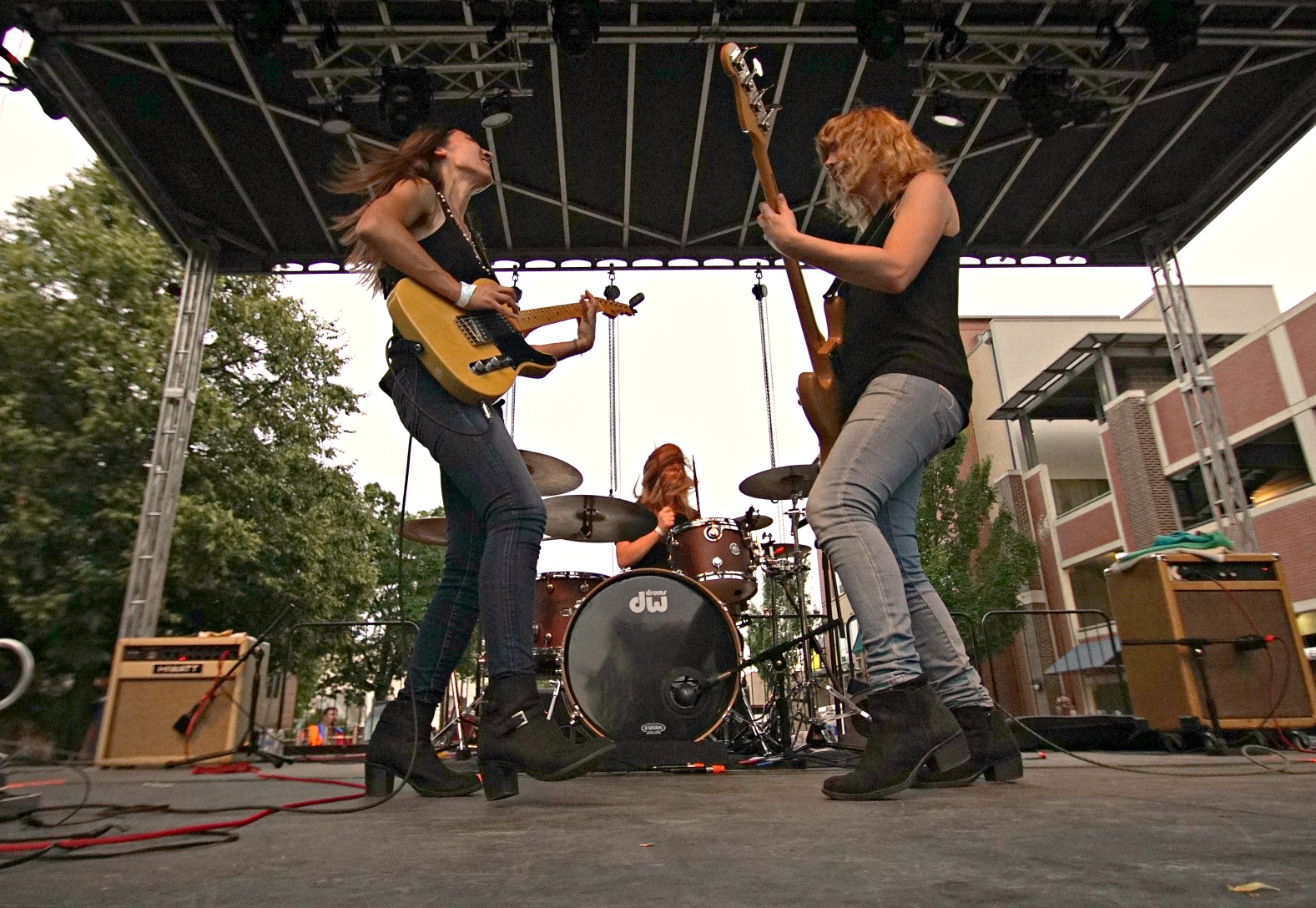 The woman is merciless, vicious, and a complete dream for music lovers. On Friday, the Kansas City musician brought all that rock and roll rowdiness to Lawrence when Katy Guillen and the Girls hit the outdoor stage at Free State Fest for a free show.

Guillen is so brilliantly adept and skilled that even though her fingers are performing magnificent feats, she makes it look effortless. Her face? Completely calm. You darn near have to prep yourself to see her play, because her ability is unmatched. It will likely have you questioning wether anyone else is cut out for this rock and roll thing.

The guitar god brings along a troop of ferocious gals, Claire Adams on bass and Stephanie Williams on drums. Together, these are the gals who make rock and roll cool again. They have all the skill, and all the hair flips (so many hair flips). There’s not even a sense of boasting or rock faces to be found amongst the three. Just pure talent, complete adoration for the craft, and the occasional smile they throw at each other when they dive into a wicked solo. You may as well surrender completely to them now, because you won’t survive the proficient audio assault on your mind.

Katy Guillen and the girls just so happened to perform on the day their latest album, Heavy Days, was released nationally. But to truly appreciate the splendor, you simply must see them live. Don’t deny yourself the opportunity to move around. If you try to restrain your boogying, your body will betray you when you hear the beat.

Here’s a song off the new album:

And a bonus song because one doesn’t do them justice.