Hush Machine should be on your radar 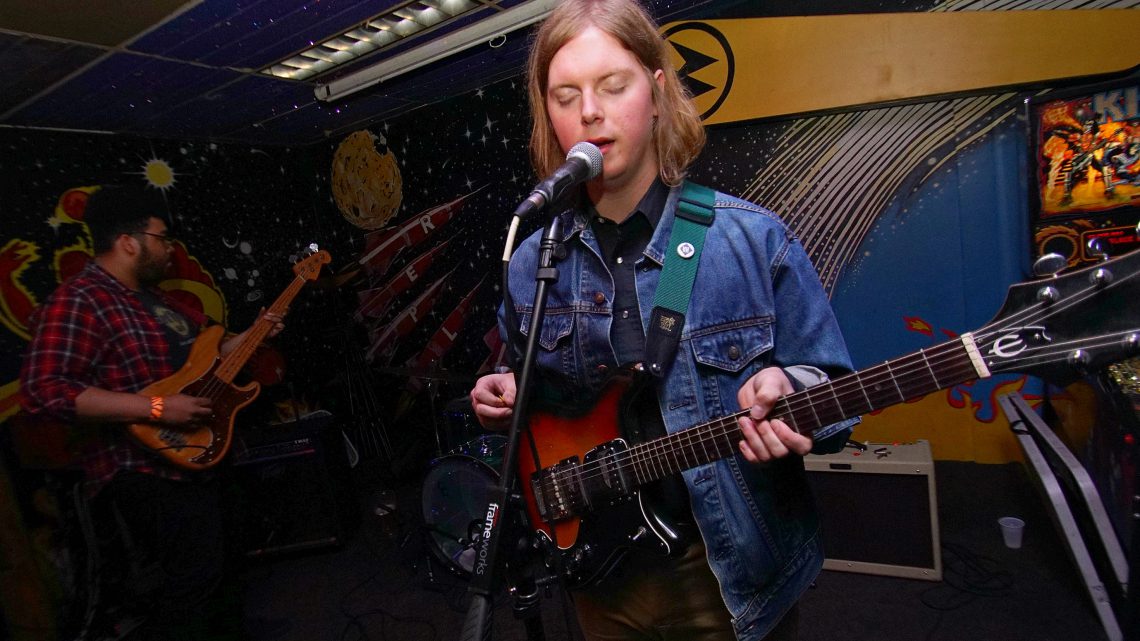 While Lawrence scenesters may be developing a disdain for a trend that sees the same musicians in several bands dotting the rock landscape, you might want to hear us out on this one. Though it is comprised of a few familiar faces, Hush Machine needs to be on your radar.

It had actually been a while since we heard from Hush Machine (holy shit, three years!), the brainchild of Sam Boatright (formerly of Psychic Heat). But on Saturday, they returned with a new lineup and a well-developed sound. There is a heavy new wave influence in the guitar parts, and with Pale Tongue‘s Carlos Calderon foolproof basslines, their tunes have a way of forcing their way into your memory and urging you to move along. This is actually pretty toned down for bassist Calderon and drummer Nicholas Stahl, considering how hard they rolled in Pale Tongue and Dean Monkey and the Dropouts. But if you want a vigorous sound that’s somehow gentle and reassuring at the same time, with sort of a Modern English meets Joy Division feel, then Hush Machine is your jam. Keep an eye out for a release show in April. 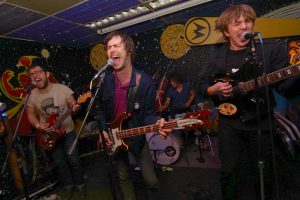 The Whiffs / Photo by Fally Afani

They were joined by Arkansas’ guitar-heavy and thrilling Pagiins, who put on an absolutely exhilarating live show full of interesting approaches to songwriting.

The Whiffs, out of Kansas City, rounded out the night. This is also a newish act, featuring Wet Ones‘ Zach Campbell and The Conquerors‘ Rory Cameron taking turns on the lead. Both are raging powerhouses when it comes to songwriting and booming vocals. But here, the psychedelic factor normally running free with The Conquerors takes a back seat to garage rock, but with all the attitude and complacency we enjoy seeing out of punk bands. Both the band and their fans are excellent fun, and come touting an addictive album you can listen to here.

Next post Middle of the Map Fest Announces 2017 Lineup