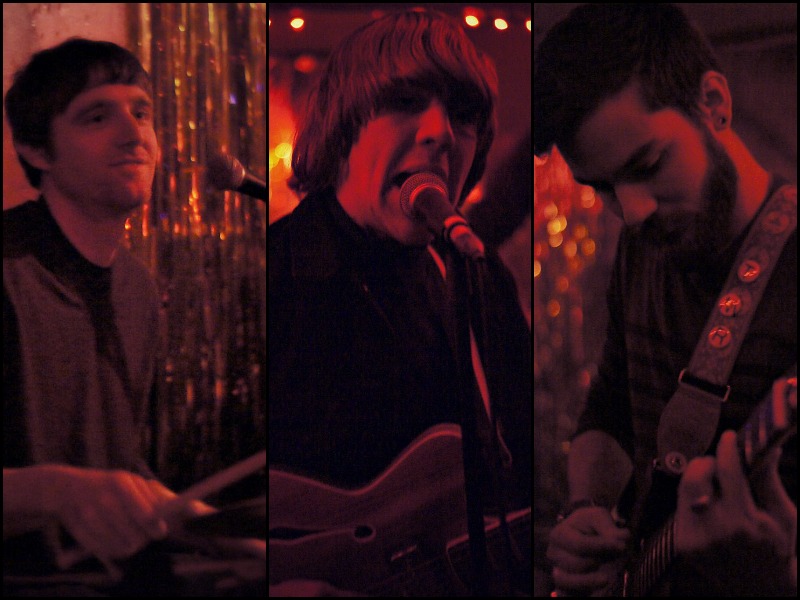 Saturday night was a sight for sore eyes at the Taproom. A local lineup of impressive proportions drew an eclectic crowd in from both Lawrence and Kansas City. There were trailblazers and followers from every neck of the woods, from the Kansas City punks to the SeedCo residents (and everything in between)… and they were all there to celebrate the release of Shy Boys’ latest self-titled album. 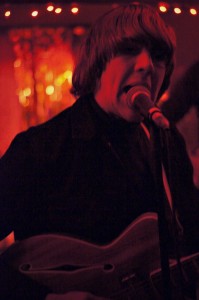 The Conquerors started the night off with their special blend of majestic psychedelic rock. Their beats and guitar arrangements were downright hypnotic, and the vocals sealed the deal. Happiness always fills the air when the Conquerors come to town, and their sets are the place where you can let your freak flag fly. 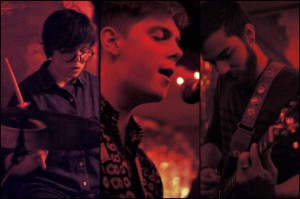 It was standing room only by the time Hush Machine, one of Lawrence’s brand-spanking- new acts, began. There were even people standing on chairs, all trying to catch a glimpse of the band’s second show ever. This act is notable because it plucked out musicians from three of Lawrence’s hottest acts right now. You’ll find artists from Psychic Heat, Your Friend, and Haunt Ananta coming together for this supergroup, which had a section of the tightly-packed crowd finding room to cut a rug by the end of their set. 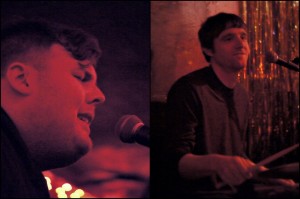 The Taproom is already a tight space, so when Shy Boys asked everyone to step in even closer, you couldn’t help but get real familiar with your neighbor. The trio’s surfy and forlorn songs are so dreamy, the attitude in that place became downright magnificent. Fans quickly gobbled up records from the merch table, and basked in the oh-so-sweet harmonizing we’ve come to love from Shy Boys. After playing under the dotted red lights of the Taproom, the boys head out on tour to bring their falsetto-filled fun to the East Coast, where surely they will break some hearts.