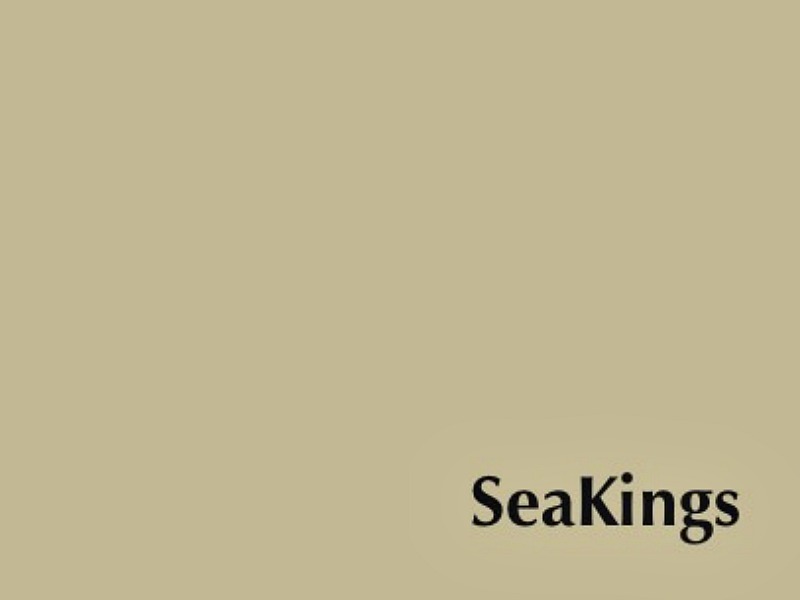 The self-titled record from SeaKings brings an intensity of unbridled emotion to every track, making it soundtrack worthy. The slow explosion of the opener “Anthem Part III” focuses on soft vocals crescendoing to a violent scream, clear guitars firing over the landscape, and rapid drums to make the ground shake. And while we’re on the topic of soundtracks, SeaKings appear to be more than aware of their film-friendly rock ‘n’ roll with a snippet of Jeff Goldblum’s dialogue from The Big Chill accompanying their song of the same name (which also might feature the most insane guitar part on the entire record). Almost every moment of SeaKings seems like it should be playing during an on-screen kiss, fight, breakdown, or credit sequence; they have a flair for dramatic rock. It’s heavy, melancholy, and brutal throughout.

The complete 180 degree turn that “You Frack Like A Cylon” takes knocks the piss out of you. The straining vocals on “Where To Bury Your Parents” will give you chills. And maybe I’m being sentimental, but the instrumentally driven rock and emo harmonies of “Weeknight Party Theme” make me nostalgic for my mid-2000s high school days. SeaKings don’t sound dated though and their genuine approach towards an edgier sound makes it all the more enjoyable.

With beacons burning bright, SeaKings torch their way into your heart. This is their inferno.