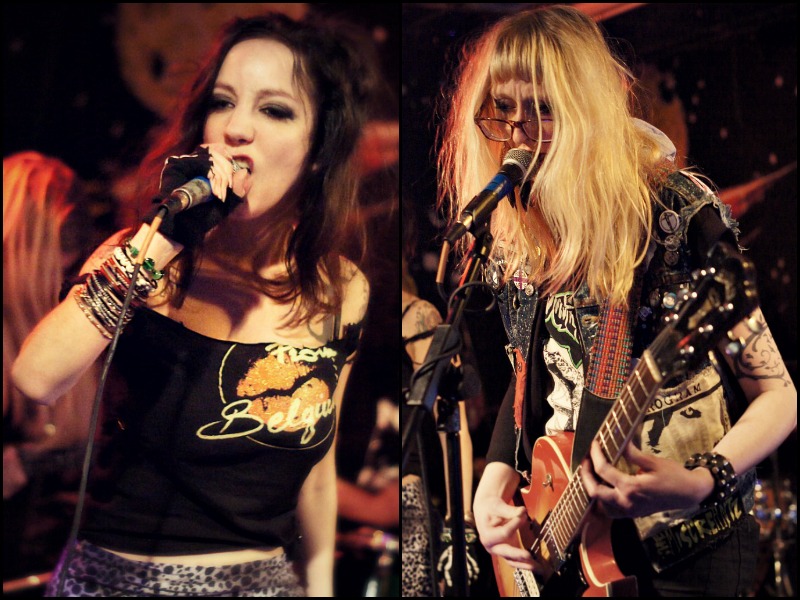 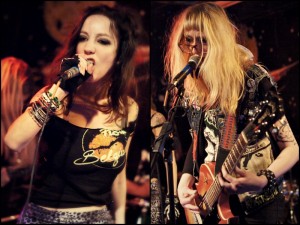 It’s no secret that Kansas City has such a rich punk scene, and on Saturday night some of that presence once again infiltrated the Replay.

The Bad Ideas boast a stunning onstage presence. The mostly female lineup can turn heads with their fast and furious playing, as well as their onstage antics. This isn’t the kind of girl band you bring home to mother. The frontwoman barely spends time onstage, constantly hurling herself into the crowd, throwing up her hands in confrontation. The statuesque lead guitarist is absolutely worth getting giddy over. Her fingers fly up and down the fret, and before you can size up her riffs she knocks you over with a wicked solo. You won’t even know what hit you. Donning spikes and studs of all sizes, she lurks over her audience and occasionally throws out a charmingly goofy smile. We’ve heard a couple of the band’s fans refer to her as the female Joey Ramone, which is actually a pretty fantastic comparison.

Favorite quote of the night: “This next song is about not being judgmental, unless you’re Jesus or Judge Judy!”