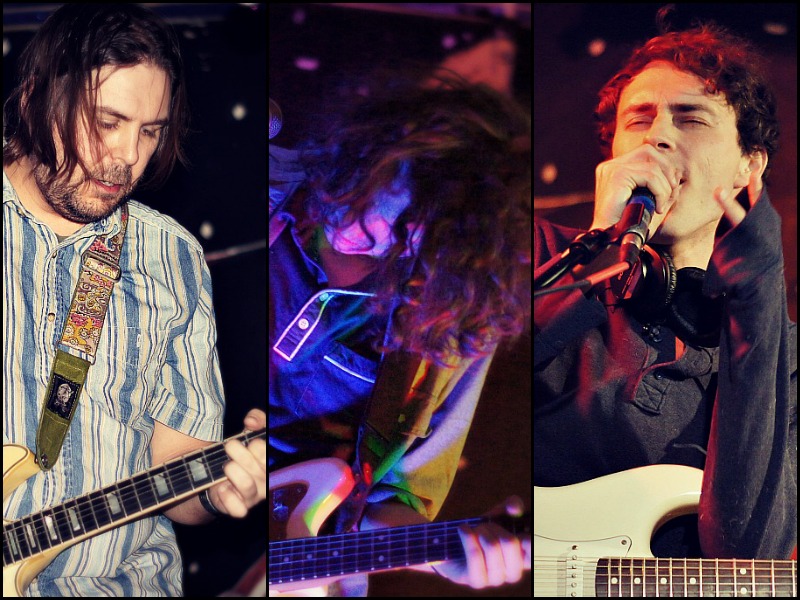 What began as a very cautious mood at the Replay Friday turned into a night full of rewards thanks to adventurous musicians who know how to take risks. 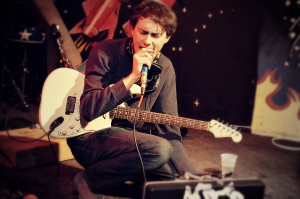 Nobody likes to take risks more than Andrew Frederick. The SeedCo regular is known as the frontman for Oils, but in recent months he’s been dabbling in his solo project.

Frederick has become a mad scientist of sorts. Friday’s set was nothing but a series of loops on top of loops on top of loops. He’ll weave together various guitar arrangements, fed out through several effects and pedals. But he’ll also get adventurous and use his own voice as an instrument, putting it through the same experiments that his guitar goes through. He’ll even make his own trumpet noises. Everyone digs it for now, and he tends to have the voice of an angel anyway. 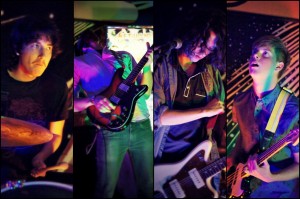 We like to often joke that you can’t swing a dead cat without hitting a Psychic Heat show. This band is gaining traction faster than any other band we’ve seen in recent years. Even though they play just about every week either in Lawrence or Kansas City, their fans turn out in droves. Their set throws the crowd into a downright frenzy. Just their sound check alone had the audience climbing up the walls and chomping at the bit. Folks have become accustomed to cheering at every guitar wail, every head bang, and every backbend from the skilled musicians. 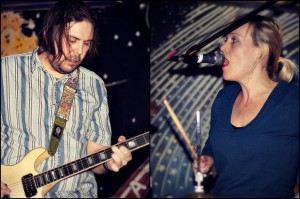 It’s incredibly tough to follow such a lively band like Psychic Heat. The band may put the fire in your belly, but it was Schwervon (the final act of the night) that brings finishes you off with glee. The venue was smiling ear to ear as the duo, consisting of just a drummer and guitarist, charmed the pants off of everyone. 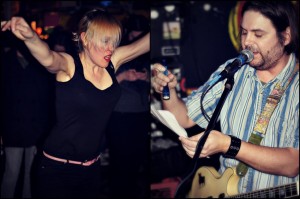 The drummer is fierce, and holds down the fort with her solid beats. But let’s make one thing clear: nobody loves fun more than these two. They’re so laid back and conversational, boasting chirpy song titles such as “Cougar Pride.” A highlight of the night began when the guitarist announced that his goal for 2014 was to “bring back the mystery.” He then whipped out a poem he wrote and began reciting the words while the drummer, wearing actual tap shoes, tap danced around the entire venue. See? They really do love fun.

Taking risks like this is one of the best traits a local band can hold. It’s what gets you noticed, makes you memorable; and going out on a limb to entertain (no matter how silly the feat) is what turned a nervous and cautious crowd into an elated one this weekend.