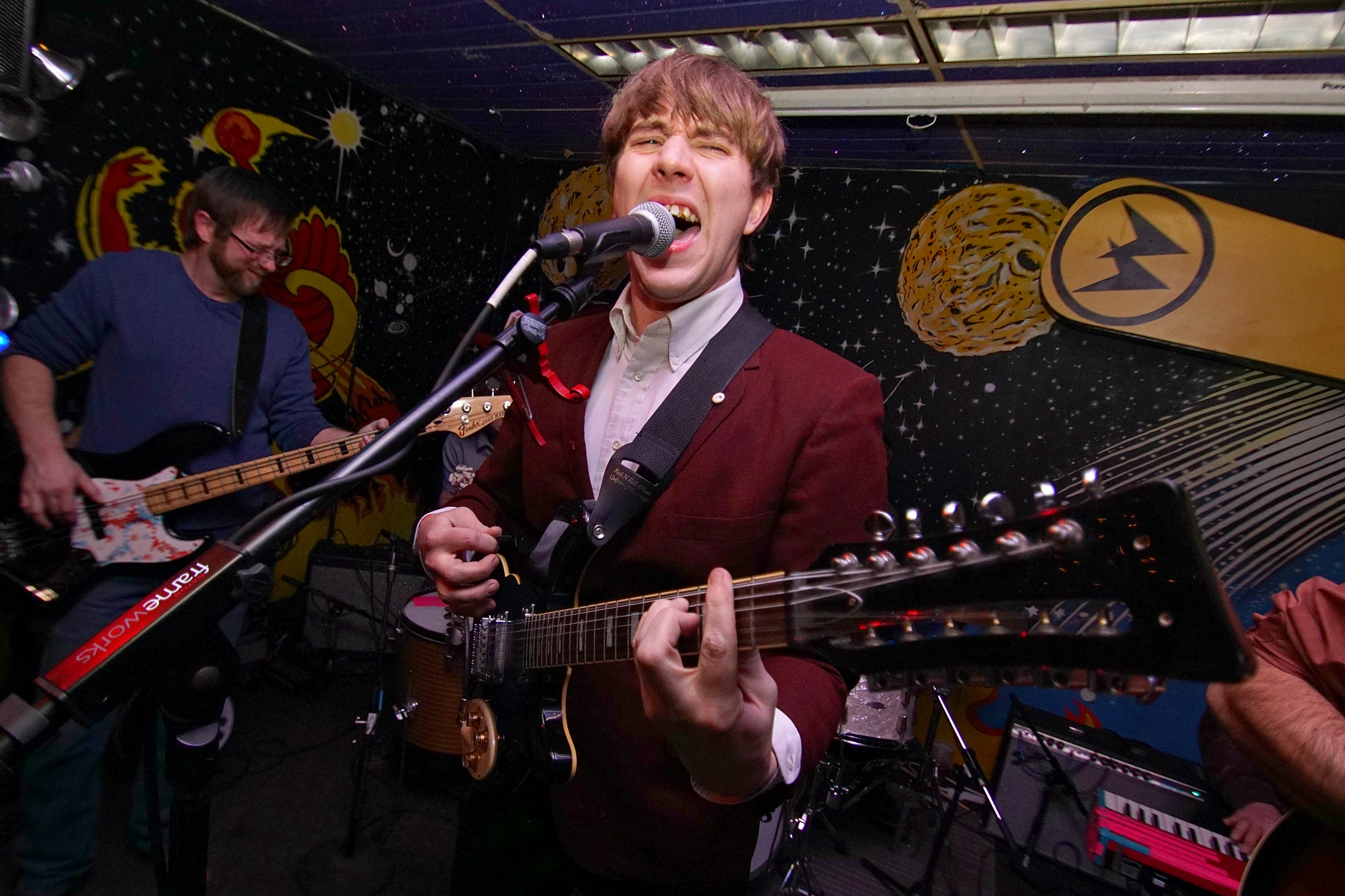 If you want to know some of the best music Kansas City has to offer, look to High Dive Records. In addition to a few Lawrence bands, the local label has signed some of the most agreeable bands in Kansas City. So when they threw an event (appropriately at the Replay) showcasing three of their bands, people turned up in their finest velvet blazers and 60’s attire. This is mainly due to the psychedelic image behind The Conquerors, who headlined the night with their perfect blend of garage and 60’s pop. If you were ever worried that there weren’t any shows where you could get gussied up in your finest corduroy and cut a rug, don’t fear– The Conquerors are bringing everything about live music back in style. The fashion, the music, and the confidence of it all make their shows one of the hippest events you can possibly attend. Honestly, who needs The Strokes when you have The Conquerors (especially at the Replay).

They were joined by the soft spoken indie darlings of Kansas City, Shy Boys. Fullbloods opened the night with breezy guitars, wailing synths, and some of the same members as Shy Boys (proving the tight-knit community behind this particular portion of the KC scene).

Truckstop Honeymoon tore it up at Frank's over the weekend