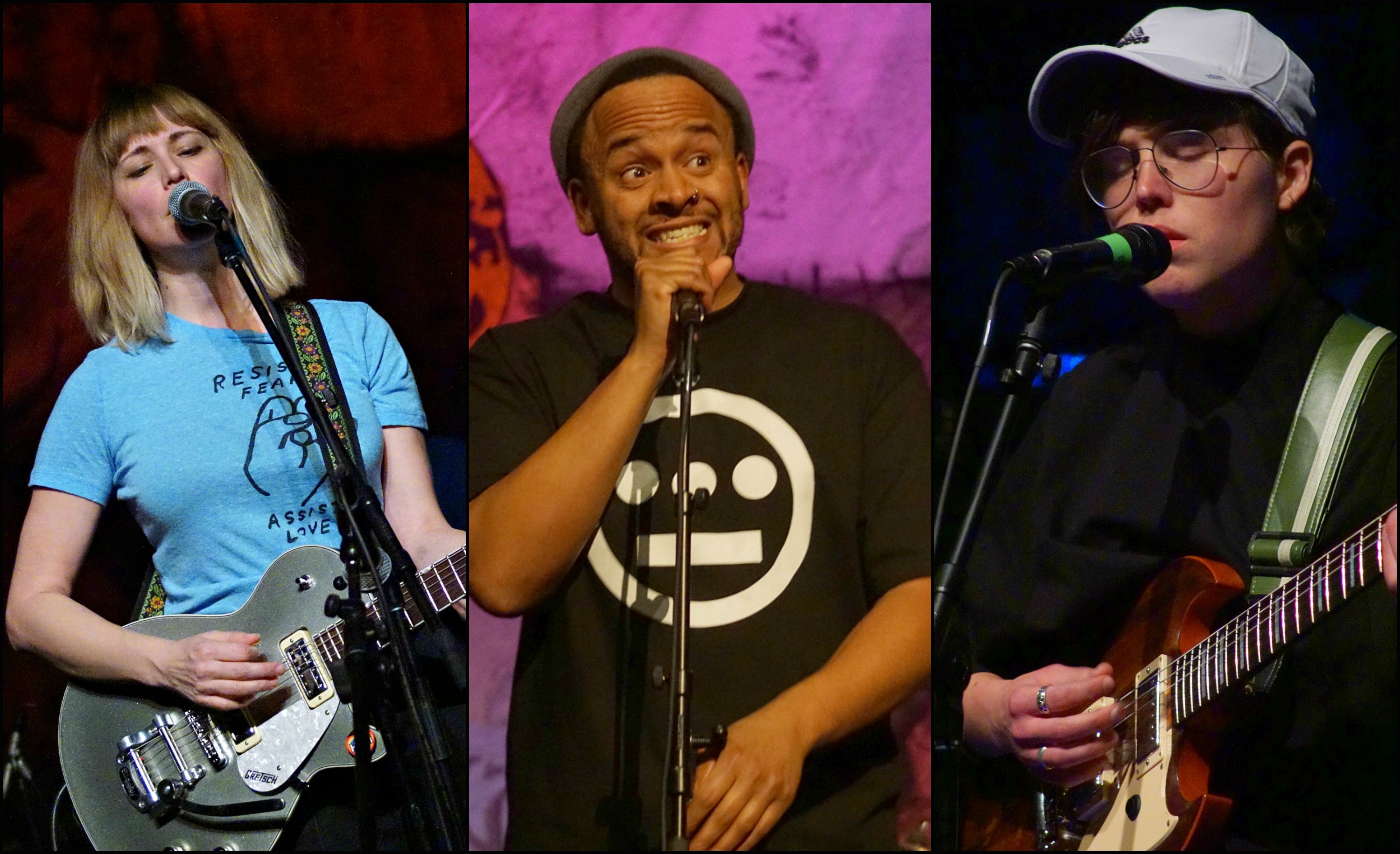 It might’ve been the most concentrated amount of local collaboration in one setting this year. Musicians spanning several genres— including indie, experimental, bluegrass, jazz, and hip hop— came together on the big stage at the Lawrence Arts Center for a night with “Songs of Hope and Despair.” The lineup included Young Manchego, This Is My Condition, Approach, Heidi Gluck and the Pony Show, Mr. and Mrs. Dodge, and Your Friend all performing songs that encapsulate the theme of the night. Most were covers, including songs by Merle Haggard, Stevie Wonder, and a handful of musicians who passed on over the last year. But there were a few originals in there as well.

While many of the songs were beautiful renditions of numbers that inspired the musicians onstage (we were particularly moved by the Leonard Cohen covers), a few were quite thrilling. This Is My Condition’s cover of The Beatles’ “Dear Prudence” was, true to his style, a psychedelic freakout backed by a choir of local singers.

Another hit with the crowd was when all the musicians joined onstage to cover Prince’s “America.” From the moment Nate Holt fired up that synth, you could tell from the signature riffs that this was going to be a Prince song. The belle of the ball here was Approach, who broke it down and started rapping in the middle of the song and absolutely killed it. We wanted nothing more than to run home right away and dig out all our Prince records, that’s how much energy he brought to the stage.

After a very dramatic rendition of Leonard Cohen’s “Hallelujah,” all the musicians took the stage one more time to cover David Bowie’s “Heroes.” It left emotions high with the audience, who excitedly chatted up and analyzed every bit of the show in the lobby after it was over. The entire night felt like an homage to the musicians we lost in 2016, as well as a hat tip to the ones we’re still with and treasuring.

What was valuable during this event, though, was how many genres and musicians from different backgrounds blended together. Some songs took a bluegrass or folk spin, while others felt a little jazzier or dove straight into rap and hip hop (the event also put one of Lawrence’s finest DJs, DJ G Train, center stage to perform between songs while the bands were setting up).

The hodgepodge of musicians was hardly a random assortment, as they represented the best parts of what the Lawrence music scene had to offer (rock, folk, hip hop, white, Asian, black, queer, etc.). It was like the United Colors of Benetton sprung to life and made all these dynamic songs work together perfectly and beautifully. Take notes, America. This is what happens when you let diversity run the show.

Speaking of America taking notes, we were partial to a stunt pulled by Mrs. Dodge after her Bruce Springsteen cover with Mr. (Arthur) Dodge. When the song ended, she took a step to the side, ripped open her cardigan, and revealed the words “RESIST” painted in big, glittery letters across her shirt. The cheers that erupted from the crowd as she pumped one fist in the air were, much like her pies at Ladybird Diner, sweet and oh-so-satisfying.