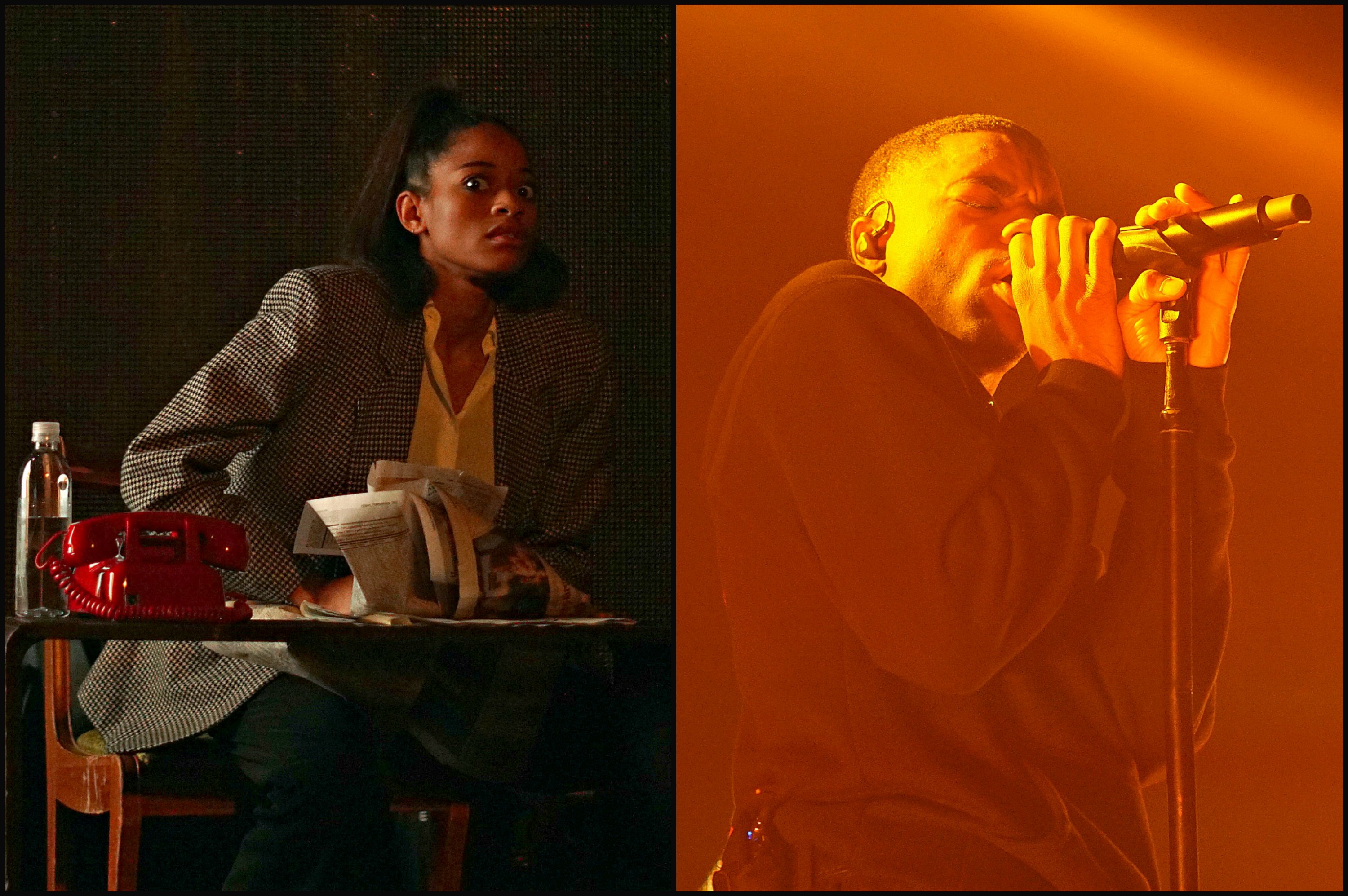 Over the last year, we’ve photographed Vince Staples twice. Once was at the SPIN Party at SXSW with an at-capacity and excitable crowd. The other was at Middle of the Map Fest with a crowd that barely filled a quarter of the bottom tier of the Midland. But in both cases, the rapper delivered his performance with 110% vigor and intensity.

That type of energy is the only consistent thing you can ever expect out of Staples, because he’s a creator that thinks outside the box. This was prevalent on Sunday night for his performance at the Granada on “The Life Aquatic Tour.” This is the show that solidified him as an artist in every form. The self-conscious lyrics were already in place, and the energy has always been outstanding. But it was his use of visuals to enhance the live experience and connect with the crowd that really sealed the deal. Rarely do we get to see a hip-hop artist dip into the experimental realm– but rather than going for a dip, Staples jumps in cannonball style.

Fans were greeted to the show with clips from “The Life Aquatic” playing out on a massive screen. When Staples took the stage, those clips were replaced with bright and vivid images of fish swimming about. The more dangerous fish came out during high-intensity moments. His menacing presence was also enhanced by a ferocious light show, with saturated projections coming at him from every (and we mean every) corner of the stage. He’s a powerhouse of creativity and one of the only modern hip-hop artists worth a damn. We’ve only seen him perform in an all-black palette, letting his emotional lyrics take the spotlight.

On this tour, he was joined by Kilo Kish, a fellow performer who also sported a flair for theatrics and artistry– and friends, did she ever wear it well. She began her set donning a suit, sitting a desk that was decorated with a single bright red phone, reading her newspaper. She occasionally looked up, surveying the audience with wildly suspicious eyes before flinging them open and heading up to the mic for “Hello, Lakisha.”

If there’s a point we like to hammer home with our readers, it’s that there is absolutely no room for mediocrity in live music today. Additionally, we’re all exhausted on gimmicks. So watching Kilo Kish was like a breath of fresh air. She danced, twirled, hopped around, flailed, and threw us those wild-eyed looks throughout her set. She was artsy, but not artsy fartsy. This musician provided a very emotional set of songs with a modern take on performance, and for that we should be grateful. It’s no wonder the crowd was just as psyched for her set as they were for Staples’.

A very interesting note: Vince Staples had a phone number printed on the back of his sweatshirt, so we called it. A voice picked up on the other end and said “Hi, this is Kilo Kish.” We chatted for a bit and asked her why they printed this number on the back. She explained that the number was for a burner phone that they left on the bus, sometimes turned on. “My album is all about my relationship with technology,” she said. “So for me, a phone is an obvious thing.” When we say these artists think outside of the box, this is exactly what we’re talking about.

Photo Gallery: Girls Rock Benefit - An ode to femme performers of the 80's

Hush Machine should be on your radar