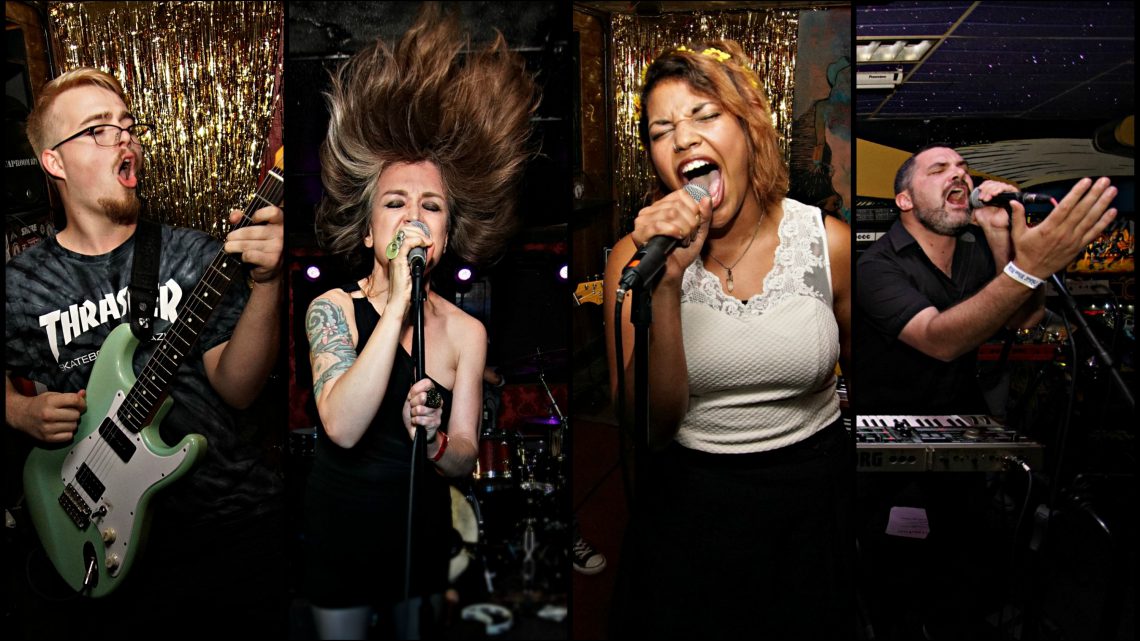 The fifth year for Lawrence Field Day Fest kicked off Thursday night with an array of bands stretching from Manhattan to Kansas City. The Jackpot played host to The Record Machine’s showcase, featuring indie rockers off the KC label. The showcase began with the impressive guitar stylings of Via Luna and ended with the smooth sounds of Spirit is the Spirit.

The night also featured a non-local act. Husky Boys, out of Portland, were the only touring band on this gig. They were rowdy from start to finish, and enjoyed jumping into the crowd during their set at the Replay.

The Taproom played host to such a wide variety of genres, ranging from the ever-soulful Jade Archetype to pop-punk-rockers Chess Club and the always angel-voiced CS Luxem.

The Philistines, who are now three-year veterans of the festival, had the biggest draw of the night. Even though they just released a new album, they still came with new songs in tow.

Ultra Vivid likely had more synths in their set than all the bands at the festival combined.

The last two bands of the night were such a contrast, back to back. But if your ears survived the sheer volume of Godzillionaire’s fantastic rock noise (amplified by the Taproom’s basement acoustics), you were rewarded with sweet nothings from everybody’s favorite soothsayers, Toughies. They had a crowd that nearly rivaled that of The Philistines’, and ended the set on a darling high with an audience hanging on their every word.

Previous Article Editorial: The arts in Lawrence are in danger