Editorial: The arts in Lawrence are in danger

Editor’s note: We’re taking a moment away from live music coverage to bring you an urgent issue that affects the arts in music in Lawrence. The proposed city budget brings dangerous funding cuts to Lawrence that could eliminate music resources that benefit residents and musicians in the area . We’ve pointed out the threats below, and what you can do to keep those music resources in Lawrence. 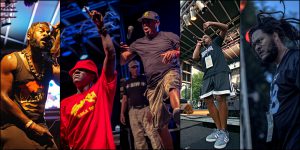 The arts in Lawrence are under attack and in great danger, and the time to act is now.

If you enjoy music-related activities in Lawrence, such as attending the free Public Enemy show or using the Lawrence Public Library’s recording studio free of charge, you’ll want to contact your city commissioners today. We’ve listed their info at the bottom of the article.

Lawrence has long been known as a haven for artists in Kansas. Even when Kansas went under attack from Governor Sam Brownback, the blue oasis in the red state thrived. That’s because resources like the Lawrence Arts Center and the Lawrence Public Library have made arts and music not just easily accessible, but prosperous. 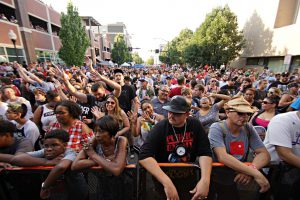 But now, the residents and artists of Lawrence have their own version of Brownback to deal with. Tom Markus was brought in as Lawrence’s new city manager just three months ago, and has already wreaked havoc on the arts community with a proposed budget that completely destroys what makes this town a creative paradise. Markus, who is not a Kansas resident and came in from Iowa City, released the proposed city budget for 2017 and included staff cuts in order to avoid raising property taxes. Included in those cuts? The Director of Arts and Culture position. 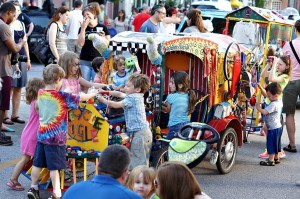 To many in the arts community, that position (currently held by Porter Arneill), is invaluable. Lawrence Cultural Arts Commissioner Kate Dinneen says Lawrence is known as a cultural and arts mecca, and cutting the money for the Library and Arts Center out of the city budget would be a “serious blow” to the livability of our community. “Certain projects would not happen, collaborations which have been nurtured over months and years would fall apart,” she warns. “An important voice championing the arts and culture in the city would be lost.” 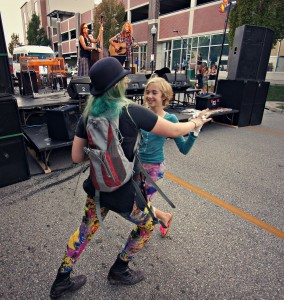 In addition to holding a strictly anti-arts stance, residents say Markus (who reportedly does not hold a residence in Lawrence) has shown little interest in the community he is supposed to represent when citizens voiced their concerns at meetings. “Personally, I am dismayed by the lack of respect for our community he has shown,” says Dinneen. “That includes not maintaining a respectful, professional attitude at an earlier City Commission meeting where he appeared bored. He works for our community and should maintain a respectful facade at least.” 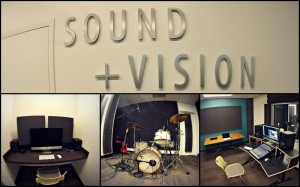 Sound and Vision Studio at the Lawrence Public Library

The library has proven itself as a precious resource for musicians in Lawrence by offering a recording studio free of charge, as well as providing several live music programs (such as the Mates of State concert). Library Director Brad Allen says if the library can’t pay their staff a living wage (something they’ve requested from the city), then there’s a chance they will not be able to fund those programs properly. “We’re going to have to be really seriously considering what our capacity is to pay for programing like that and the amount of time staff can contribute to it,” he says. “We’re going to do the best we can, but it’s hard to say what our capacity is going to be. We need to think seriously about whether we have the resources to continue those things.” The city manager had recently suggested the library start charging for use of the recording studio, but Allen says they’re committed to trying to continue to make the studio available. “Some decisions are going to have to be made. Those are things that we potentially might not be able to do, and redirect money into other channels.”

To protest the proposed budget put forth by Tom Markus, and to protect arts and music in Lawrence, you can contact the city commissioners below: 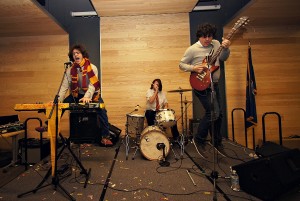 Previous Article How to rock Lawrence Field Day Fest, according to local musicians