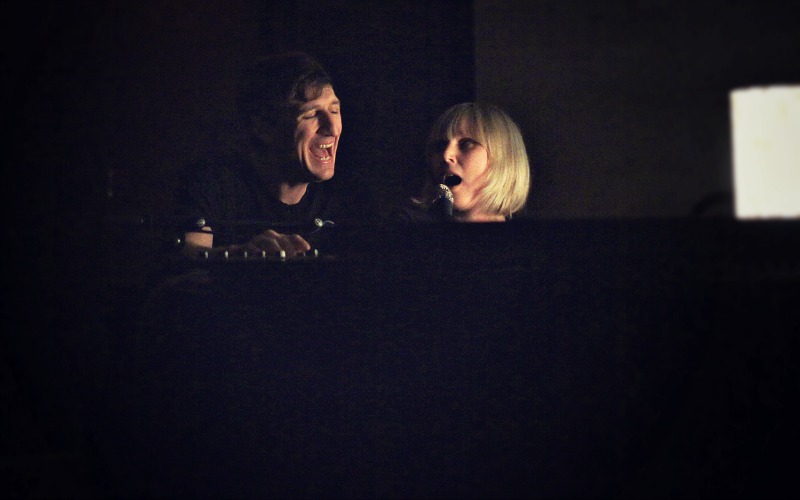 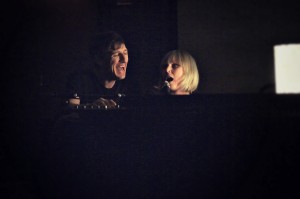 “Anybody watch the Super Bowl?” Mates of State asked at the beginning of their set. Just about everyone in the audience quickly responded “No!”

The former Lawrence played one of the most pleasant and good-natured shows we’ve seen in recent years. The duo has been known to pop up for surprise shows here, but this affair was a special one. Kori Gardner and Jason Hammel are in the midst of a tour, but came to the Lawrence Public Library for a strictly acoustic performance. They utilized the drum kit from the library’s Sound + Vision recording studio, as well as an in-house baby grand. 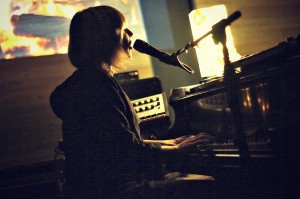 The library staff dimmed the lights and splashed a video of a log-burning fire up on the wall. It was a little romantic (and a little VH1 Storytellers-ish), to be honest. But the music was fun and upbeat as can be. We’ve covered Mates of State at festivals, at The Midland, at Frank’s… but this specific performance was the best we’ve ever heard from those two. It was stripped down, pure, and clear as a bell. “We’ve been doing this tour with only synthesizers and loud stuff,” Gardner remarked. “This is my first piano show in a while.”

There was an abundance of merriment as the band joked with the intimate crowd in between songs and reminisced about their time in Lawrence. They were quite fond of the Replay, and when they asked “Does anybody go to the Replay anymore?” they were met with a round of cheers and applause.

Considering the library is no stranger to supporting local music and hosting lively music events, we wouldn’t be surprised if more unique appearances like this arrived in the future.