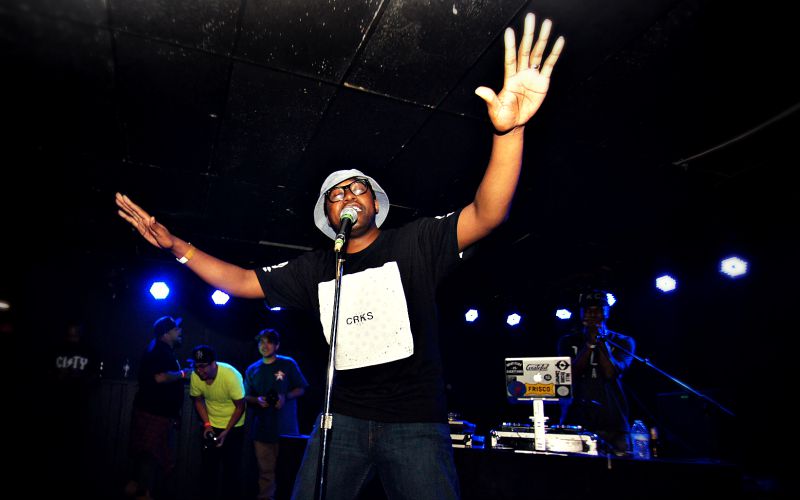 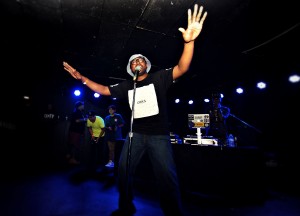 “Today I’m 33!” announced Stik Figa triumphantly at the beginning of his set. The crowd erupted in cheers. This day had been anticipated for a long time.

When you talk to area rappers, Stik Figa is cited as one of the most influential performers on their craft. He doesn’t get out too often, but he made an exception for it on Friday when he celebrated his birthday with a lively performance at the Bottleneck.

Along with his trusty accomplice D/Will, Stik Figa completely charmed the audience with a roaring comedy routine. He was constantly cracking jokes, making silly voices, and playfully mocking his peers. It felt like one big inside joke that the audience was allowed in on. But before you got too comfortable with all the clowning around, Stik swiftly reminded everyone why they were there by leveling them with his talent. 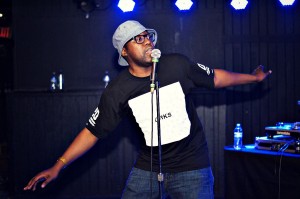 Stik Figa’s lyrics are beautiful, heartbreaking, and socially conscious. But most of all, it’s swelling with hometown pride. It doesn’t matter if you’re from his corner at 2nd and Polk, or if you grew up on a farm in Western Kansas. Stik will give you every reason to connect with him and understand where he’s coming from. Add in the beautiful beats and old school sounds underneath all that poetry, and you’ve got something that remains timeless. Even with all the birthday shots the audience kept throwing at him, Stik Figa nailed his a cappella bits he peppered into the set. He also treated the audience to songs off his new album, Jobb, released this week.

In a community where hip hop is a means to connect and bring together a community, Stik Figa may as well be King. So naturally, the rest of the royalty made appearances on this show. Approach appeared in full regalia with a host of guest appearances, including MilkDrop. He preached the good word in the crowd, and everyone listened intently. When he was done, everyone jumped in unison along with Lawrence’s most lively and energetic performer. It’s getting to the point where what Approach does with his footwork is looking more and more like ballet. He’s just a moonwalk away from floating on air. 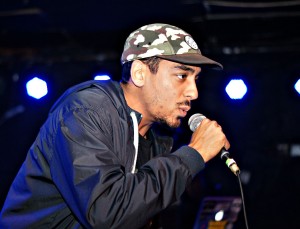 With Topeka and Lawrence covered, the night also necessitated an appearance from our final stop along I-70. Kansas City’s Barrel Maker opened up the evening, and it took all but one song to wake the crowd up. Just one year after he began rapping, the man is turning heads and freestyling without flaw. If anything, Barrel Maker’s climb to the top over the last year is a fine example of what a supportive scene can do for performers with heartfelt goals.