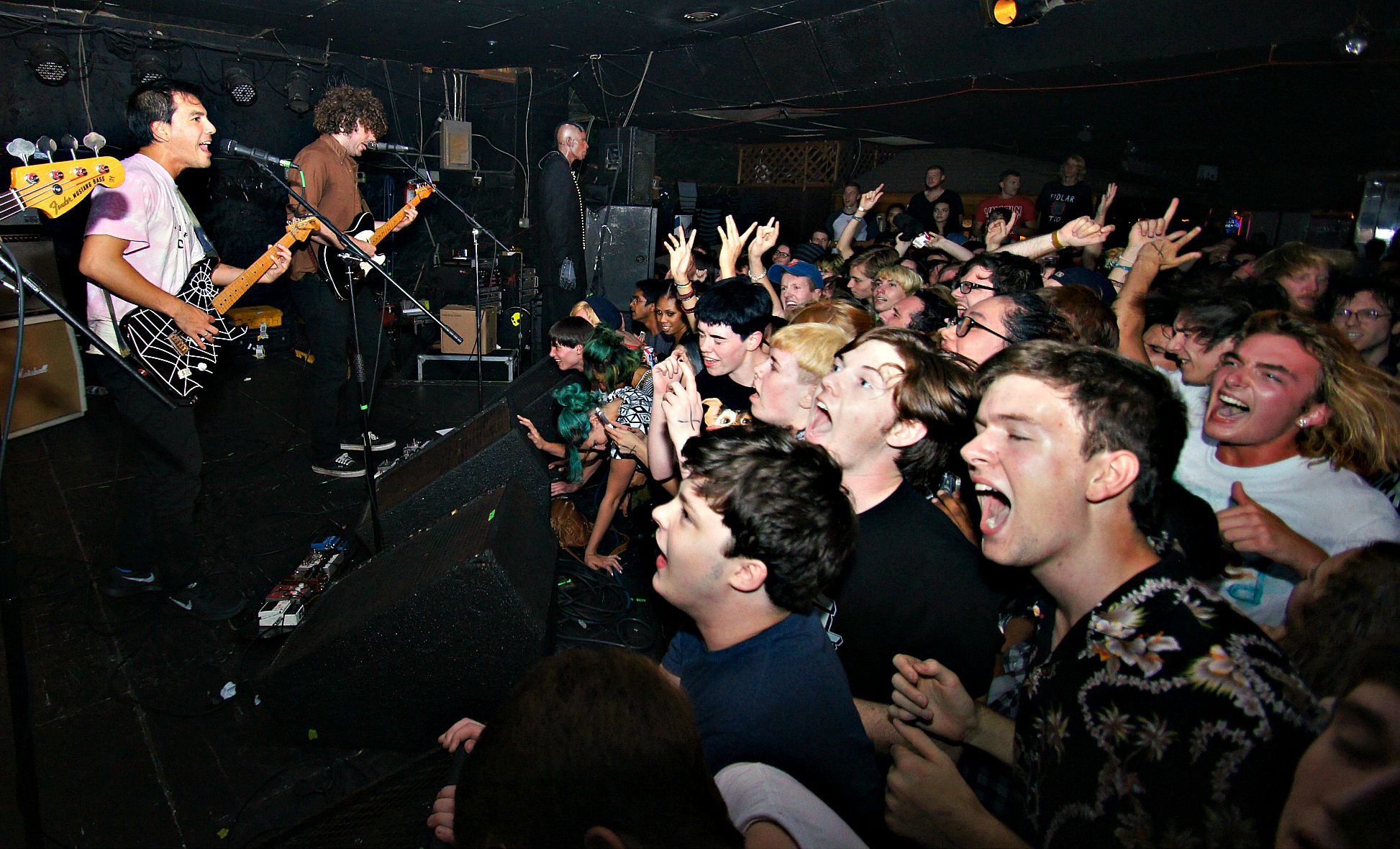 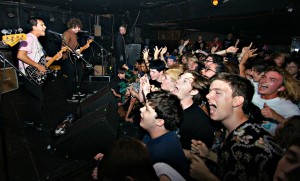 Performing only by the light emitted from the glowing masks behind them, FIDLAR delivered a wildly entertaining set at the Bottleneck Thursday night. A massive, nonstop rain storm drenched the crowd on their way in (and while waiting in line), and most of them were still soaking wet while they thrashed to their heart’s content.

The punk band’s performance was saturated with explosions of fast and furious numbers, and they treated their fans to several new songs full of frenzied strumming and throbbing drums. The crowd, mostly made up of KU students, was happy to break free of their oppressors for the night and even enjoyed a bit of crowd surfing peppered in with their massive freak-out. 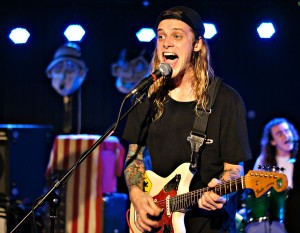 FIDLAR brought along Australian rockers Dune Rats for this show. Maybe it’s their sassy accents, but Dune Rats may be one of the few bands that can get away with calling their audience cunts and get a round of giggles and smiles in return. There’s no reason punk fans shouldn’t be familiar with Dune Rats. They nailed that very chorusy, classic punk sound and the necessary speed for their short bursts of musical excitement. In between their bulging eyes and freaky-fast hair flips, there was no shortage of energy and attitude in their stage banter. Dune Rats is clearly a band that is nothing but wildly entertaining.

Watch: The Wandering Lake in a field of sunflowers