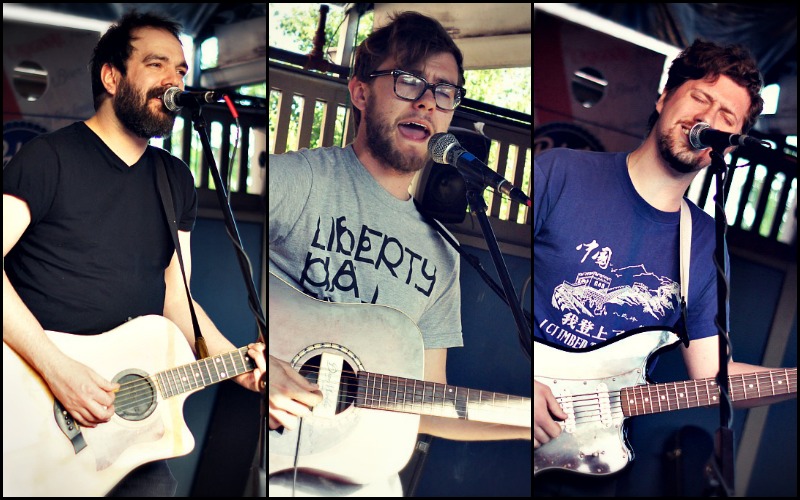 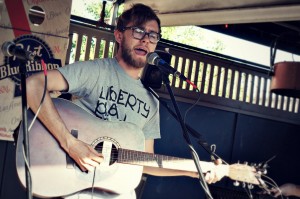 The Lawrence native debuted his act and played his very first show in his hometown on Friday evening when I Heart Local Music threw a singer-songwriter showcase at the Replay. Brown first caught our attention when we booked him for a show at the SXSW music festival in Austin, TX. We had heard his recorded tracks, but hearing his powerful vocals live was a different story.

Brown is at his best when he performs solo. He has no qualms about showing off that booming voice of his, which came to a surprise to some people enjoying what had been a quiet evening on the Replay patio until that point. His voice is on the verge of raspy, with a desire to be a dusty old soul. It could get grittier, if he lets it. Instead, he holds back and eventually starts crooning in his set. It’s admirable, how quickly he can turn that callousness off and on like that. But if he is to feel at home within the Lawrence folk scene, he’ll keep that abrasiveness in the forefront. 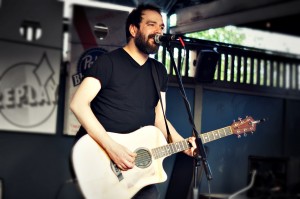 The enchanting Andrew Ashby was also part of this showcase. He normally plays the inside stage with his band, The Caves. But this evening brought Ashby’s beautiful and smooth voice outdoors for a solo performance. His onstage demeanor is captivating, and we were more than thrilled to see him perform brand new music, as well as various renditions of Caves favorites. 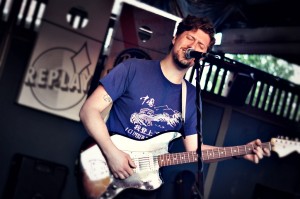 CJ Calhoun has been hard at work releasing a new EP with Cowboy Indian Bear, but his solo act is starting to allure audiences in Lawrence. Calhoun often surprises fans watching his solo act for the first time, because he boasts one of the most soulful voices in the area. It’s enticing yet heartbreaking all at the same time. Below you’ll watch him perform a Bruce Springsteen cover that melted everyone in attendance that night, getting them to finally let their guard down and wash away the stress of the work week.