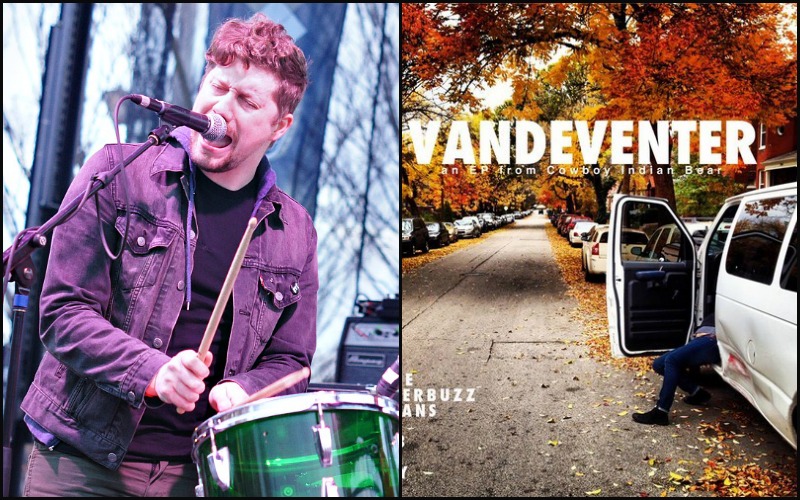 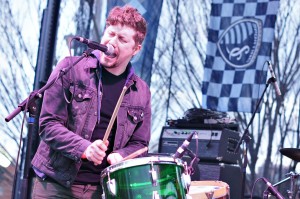 A year has passed since Cowboy Indian Bear’s full length Live Old, Die Young was released, winning over fans (new and old) and writers (including yours truly) alike. That record was monumental; a terrific accomplishment in Cowboy Indian Bear’s career and part of a banner year for the band (with 2013 highlights including sharing the Uptown stage with Grizzly Bear, The Joy Formidable, and recent Academy Award nominee Owen Pallett at Middle of the Map; a headlining show at the Lawrence Arts Center, playing the Crossroads Summer Block Party, etc.) and that was only six months in. Just as they ventured out on their first headlining tour in the fall (and what should’ve been the cherry on top of a stellar year), they made it to St. Louis (their first date of the tour) and unfortunately no further. Their van went ‘kaput’ after seventy-five thousand miles of service.

But of course the band made lemonade out of the situation, resulting in the Vandeventer EP (named after a street in STL near where their van broke down), a seven song collection they are labeling a “summer mixtape” of sorts. Mixtape is an appropriate label in this case; the band forgoes a strict structure opting to have a good time instead. The result is a group of Cowboy Indian Bear’s most diverse work and a tribute to their lost vehicle (I say this without irony; it’s truly heartfelt). 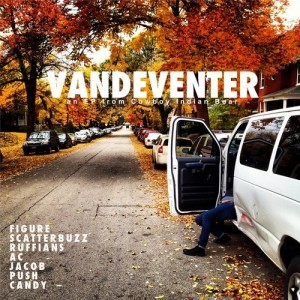 From the new-wavey “Figure,” CJ Calhoun’s voice is stunning as ever. The track is all attitude, a haunted dance club beat underneath it and synth that sounds like the opening theme from The Shining, leaving a chill in the air though the heat of the summer approaches (also, his cool delivery on “Ruffians” will make you shiver).

Beau Bruns’ percussion on “Ruffians” is hypnotic; throughout the record his subtle work becomes more and more brilliant with every repeat listen. The vocals shine from all members of CIB on Vandeventer; Katlyn Conroy’s lead on “AC” & “Push” embraces their experimental pop side and Marty Hillard’s verses on “Jacob” are fantastic. I would be foolish to not mention the two artists other projects La Guerre and Ebony Tusks, respectively, because these three tracks resemble their work so closely.

But this is why Cowboy Indian Bear is a great band; they have an established sound that fans adore and the band is known for, yet they strive to push themselves to new limits. They aren’t afraid of trying something new and find inspiration in tragedy (I think it’s devastating that the van died when it did, but if the result is this excellent EP, then so be it). If there is a track that could slip it’s way into the Live Old, Die Young wheelhouse, it would be album closer “Candy” (named after the van, of course) with it’s lovely harmonies and bouncing rhythm. Cowboy Indian Bear creates an exciting record, exactly how they want to. Ambitious? Yes. Rewarding? Even more so.

Vandeventer may be a mixtape, but it’s a frontrunner for the year’s best release and I’m skipping listing my favorite tracks for the first time, because truth be told, all seven songs are my favorite. Picking only a select few proved too difficult and I found myself just getting lost in the album. As always, Cowboy Indian Bear impresses, but Vandeventer breaks new ground for the band. Mixtape or new direction are irrelevant in the end; just enjoy it all.

Next post Something Worth A Damn: local musician plotting Kid Congo commotion in Lawrence 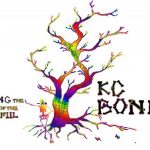