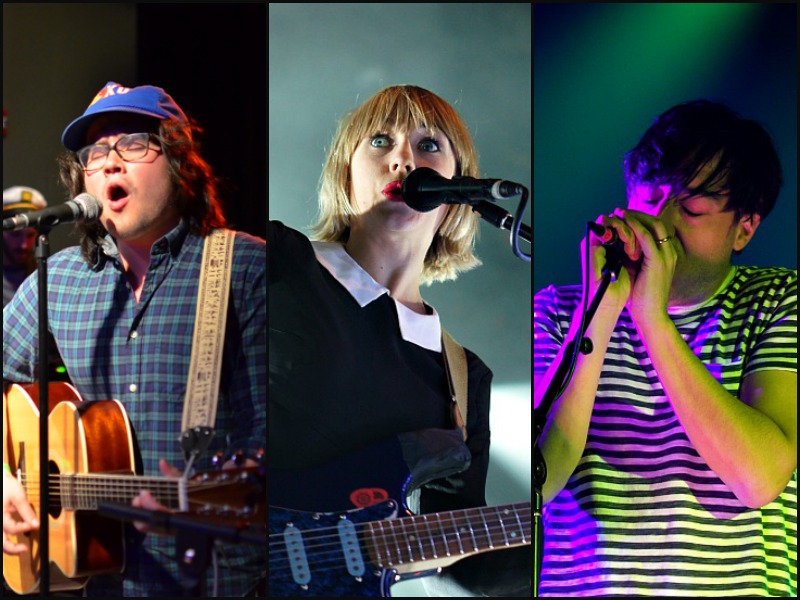 Day 2 of Middle of the Map Fest brought the biggest draw yet, with many fans filling the Uptown Theater to the brim.

The night began with a heartfelt performance from Cowboy Indian Bear, which included a host of new songs off the album that comes out later this month. The Joy Formidable brought their definitive sound to the music festival when they scooted and slid all across the stage. Ritzy Bryan has the crystal clear voice of an angel over hard rock riffs, which left a trail of smiles on and off the stage. Grizzly Bear thrilled with their vivid stage show, and punk rockers Iceage nearly wrecked the Riot Room when they thrust themselves into the crowd. “Could all the photographers move from the front?” the Danish frontman asked ever so politely. As soon as the cameras cleared, he dived into the audience and, in the blink of an eye, a tasmanian devil-like tornado of sweaty thrashers formed against a backdrop of driving beats and vicious vocals.

Check out the gallery below for photos of bands that performed at the festival, including Quiet Corral, Ghosty, and more.