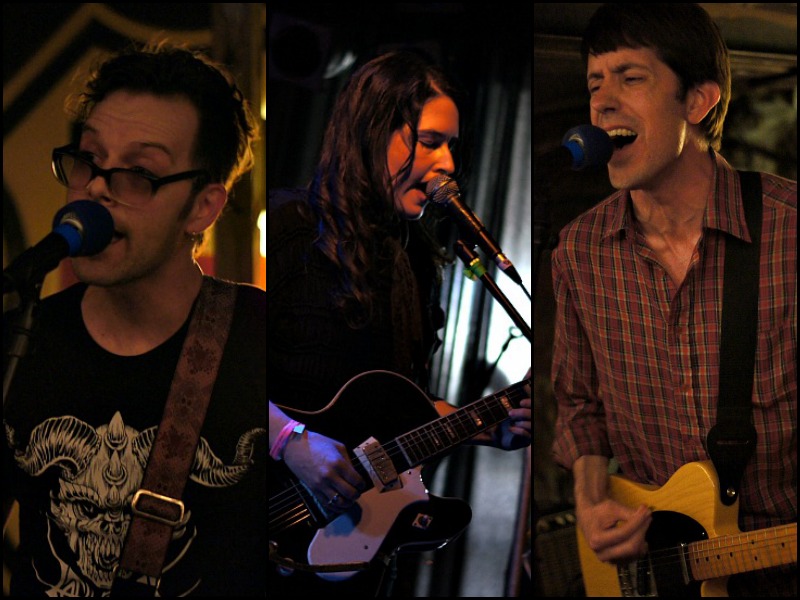 FacebookTweetLinkedInPin
The name of the game for the final night of Kansas City’s Middle of the Map Fest was “Comebacks.” Notice how we said “Comebacks,” not “Nostalgia.” The night belonged to fans indulging in bands they hadn’t seen for ten years (sometimes longer), including The Belles, The Capsules, and the Regrets.

Some of those bands have been active, but maybe not in the Kansas area. For example, The Capsules have been busy in Texas. But on Saturday, Kansans were thrilled to see them again after a long absence (they hadn’t been up since 2009). They even indulged in one fan’s request and played a song from their days as Shallow.

The bells of the ball were The Regrets, who played their first show in more than a decade. They were the final band of the night, and fans packed the Union after a long day of performances to watch what the boys brought to the table. Danny Pound, Brad Allen, and Dan Benson rocked it hard, bouncing their aggressive sound off the bodies that crowded around the itty bitty stage area. If your hearing hadn’t been destroyed by the long day of loud rock music, it was now. Every song seemed to have a pretty good “rock out” moment, followed by an earnest and excitable reaction from the fans. Prior to The Regrets’ performance, The Belles had played a gratuitously beautiful set with a full band. The band has been active as of recently, but catching them is still a real treat. Listening to their new songs and older favorites brought a great joy to the audience, and the feeling was mutual. At the end of the night, in a move that made all of us aging music fans feel a little less uncertain about our futures, frontman Christopher Tolle raised his hand and said “This was worth coming back for!”