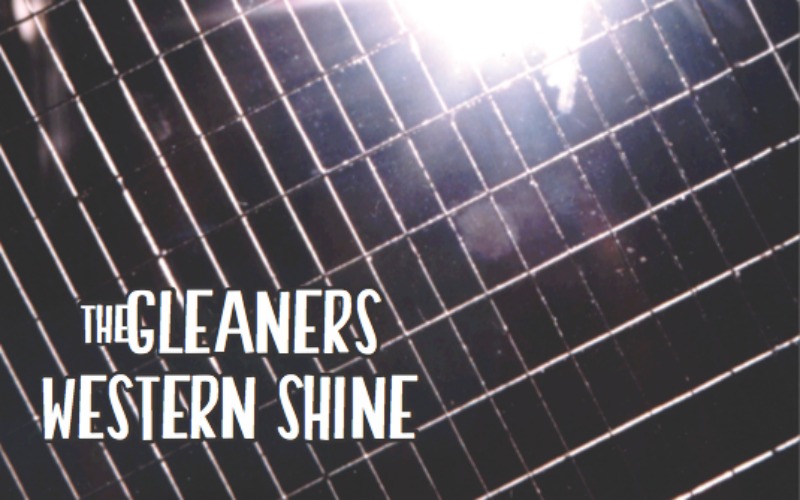 Western Shine, the EP release from The Gleaners, is a moody punk record with just the right amount of bluesy rock mixed in. The gravely vocals sound like a howl on album opener “The Variance” and serve as foreshadowing for the wild landscape the band creates on the next four gritty tracks. Thundering drums (“Courtland”), creepy horns (“Outside of Love”), squealing guitars (“Lands Planned”), and those devil-may-care vocals (“Make Up Your Mind”) give Western Shine its attitude.

“Lands Planned” ends with a strange caw, as if the red tail hawk he described on “Make Up Your Mind” has now come soaring through the chugging guitars to survey what has been left behind; a desolate environment scorched by the garage rockers. The Gleaners are rough and rowdy and Western Shine glimmers in its grime.