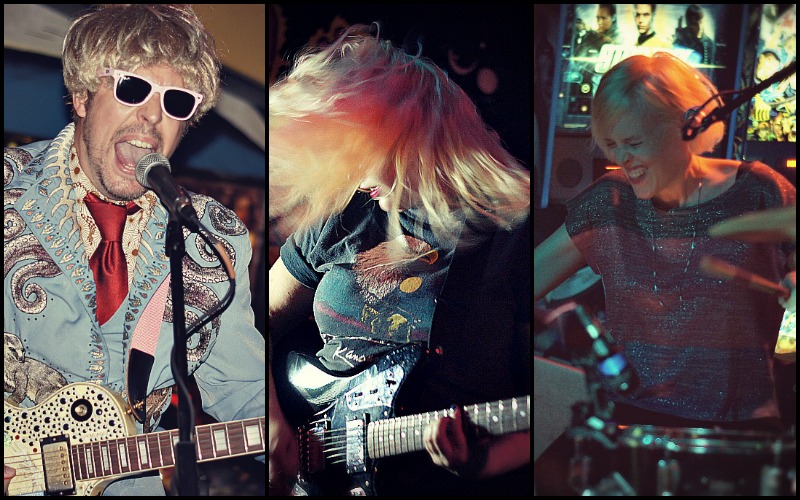 Saturday night’s show at the Replay was not for the faint of heart.

I Heart Local Music brought three exciting and vibrant acts together for a nearly seizure-inducing night that ended in bright lights and heavy dancing. 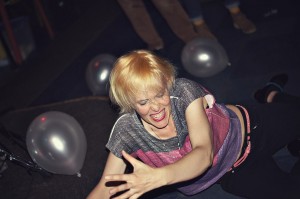 Kansas City sweethearts *Schwervon! have really won the scene over. It’s hard to believe they moved to Kansas City not too long ago, because they already feel like long-time locals. The duo bring intense amounts of energy thanks to their sprightly drummer.

Part of their routine includes a brief pause for a poetry reading, courtesy the guitarist, while the drummer dons tap-dancing shoes and performs an impromptu interpretive dance that may or may not include obscene gestures and rolling around on the floor. 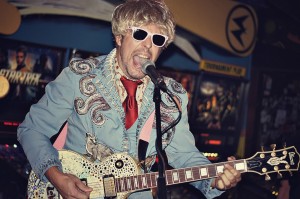 Drop A Grand, an all-out costumed shot of electricity to your brain, were chattier than usual. This meant that sass was abundant in between their screechingly loud and guitar-fuzzed songs. The band is a real treat because once you get past the wackiness of their choice of clothing, there is some intense and admirable skill to be enjoyed. Not to mention their driving rhythms will make a headbanger out of even the shyest Replay attendant.

We’re particularly fond of this number: 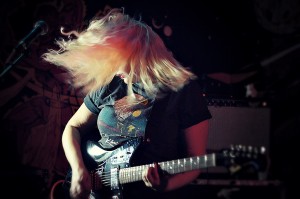 Bruiser Queen damn near blew the roof off of the Replay with their roaring set. Every ballad felt like a grand entrance. Their songs summoned fancy footwork on the dance floor out of just about everyone.

Like Schwervon!, Bruiser Queen is comprised of just two people who know how to pack a punch and do a lot with very little. They were just signed to Boxing Clever Records, and have a brand new album on the way. Here’s one of the songs that will be on that album, and you can bet it caused a fuss when they whipped it out on Saturday night (you might get whiplash just watching all those out-of-control hair flips and headbanging from the frontwoman):

*Schwervon! are featured in the 2015 I Heart Local Music swimsuit calendar, with proceeds helping Midwest Music Foundation. You can find the calendar at Love Garden, Cindy’s Simple Life, and Mass Street Music.