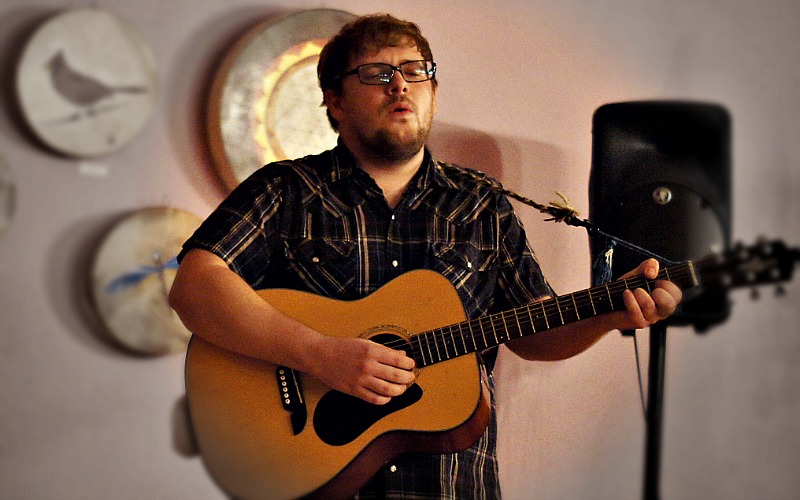 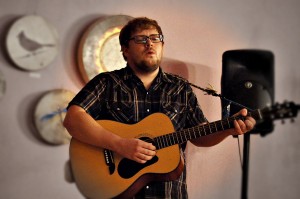 While Downtown Lawrence was a flurry of activity on Friday night, thanks to a show filling nearly every venue in the are, a cozy studio offered a warm and inviting atmosphere for those looking to get familiar with Carey Scott.

Scott is the latest addition to the Whatever Forever family. He previously self-released a tape, but made a new debut with the popular local label.

He treated an intimate audience to some of his new songs under the soft lights of Be Moved Studio. The singer-songwriter is as gentle as they come, with the voice of a nightingale and pleasing guitar caresses.

Here’s how he started the show:

Watch: The Fog at the Replay